Tallow vs lard vs suet… All fats, but which fat comes from which animal, and what do we use it for? This is a complete overview of the differences between tallow and lard and why they’re useful. I’ve included a table of contents below so you can skip straight to a section of interest if you want to.

As always, you are welcome to use any of my photos, royalty-free, in any articles on the web, but please credit them to me with a link to this page. Thank you 🙂

Note by Elle (editor) – This photo shows some of our cattle and one of our horses. We grow our own cattle for meat and I use their tallow for soap and skincare. I’ve made candles with it before as well, but they weren’t as successful as beeswax candles.

When thinking about animal products we use, the parts of the animal we think of most is the meat for eating, honey for sweetening, or eggs for baking and eating.  There are animal products that we don’t think of as often but are still used.

We can tan hides for rugs or clothes, use the bones in composting or to make stock, and use other parts such as intestines for sausage casing. We can eat some of the organ meat such as kidneys or liver, which have a high vitamin and mineral content.

One part of the animal that is not thought about as much is the fat that comes from animals. All animals have some sort of fat content that is known by different names, depending on which animal it comes from.

Tallow vs Lard vs Suet vs Schmaltz

From a chicken or goose, the rendered fat is known as schmaltz. The rendered fat from a duck is usually called duck fat or lard. The most common fat products that we hear of, though, is lard. Lard normally comes from the belly of a pig and is rendered and clarified to make it shelf stable for later use in cooking.

The other types of animal products that are used are tallow and suet. Tallow is a hard, fatty substance, and is usually made from the fat found around the kidney area of a cow or other ruminant (multi-stomached) animal. It is shelf-stable for later use in cooking or making other products such as soap and candles.

Suet is the hard, white fat found around the kidneys and loins of cows and other animals, and this is what tallow is rendered from. This type of fat can be used for baking or cooking requiring higher temperatures, but may not be shelf-stable for as long as lard or tallow. Suet is also used to feed birds. You can get special bird suet feeders, like this one: 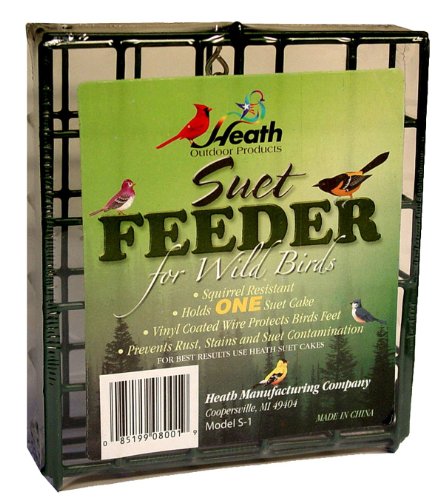 Animal fat has gotten a bad rap recently, but is now coming back in fashion due to its versatility and reputed health benefits.

Lard is the fat found in pigs that is most commonly found in the belly area and around some of the internal organs. Lard can also come from other animals such as ducks, but the term most commonly refers to the fat rendered from pigs.

Lard is a solid fat that is soft and malleable at room temperature. The best portion of lard to get is the leaf lard. Leaf lard is considered top shelf because it is softer and creamier than lard from other parts of the pig, and has a milder taste. It is called leaf lard because it is shaped like a leaf, and is located around the kidney area.

How to Use Lard

Lard has many uses in the kitchen and around the house. Now that it is back in fashion, high-quality lard is easier than ever to find. The most well-known traditional uses for lard are in cooking and baking. It is used in the kitchen as a healthier alternative to hydrogenated oils such as some vegetable oils.

In the kitchen, the main uses for lard have traditionally been in making pie crusts, biscuits, and other pastries due to the fact that it makes them flakier. It can also be used to fry foods such as eggs and also to confit foods such as chickens, ducks, and other meat. To confit something means to cook a food in its own fat.

Another good kitchen use for lard is to grease pans such as pie plates and also to season cast iron cookware. There are other ways to use lard that aren’t as commonly thought about. Lard can be used to make soaps and candles, two items more commonly made with tallow. These would be best made with leaf lard since this type of lard has minimal smell.

In a pinch, lard can also be used to grease some squeaky items. It can be used to protect and condition some leather or wood surfaces when combined with beeswax. Since lard is moisturizing, it can be used in balms or soaps to moisturize and calm chapped areas like lips, elbows, feet, and cuticles.

The next animal fat we’ll look at is tallow. Tallow, like lard, is a solid fat at room temperature but is also soft and malleable.

Tallow most commonly comes from cows, although it can come from other ruminants, or multi-stomached animals, such as sheep or deer.

How to Render Tallow

Note by Elle: This is one of my first batches of tallow I was rendering. I used every bit of fat from our cow. These days, I only use the suet. This batch was a bit of a nightmare with lots of impurities that needed to be filtered out, and lots of low-quality fat that didn’t render. Now that I only use suet, my tallow is much better, more shelf-stable, and much easier to render.  When you render suet, it’s known as “clarifying” instead of rendering, because suet is such a clean fat. You can use lower temperatures too.

Tallow is made by slowly cooking the beef suet (or fat from another animal) on low heat until the fat is melted. Once melted, any pieces of meat that were in the fat can be removed, the fat cooled, then stored in an airtight container.

How to Use Tallow

Tallow has historically been abundant and cheap, making it the fat best known for being used to make soap and candles, as well as for cooking and frying. Since tallow has a fairly high smoke point at 400 degrees Fahrenheit, it is a good fat to use for high-temperature cooking, such as frying chicken.

Another use, aside from soap, is in skincare. Since tallow is a fat, it is a good moisturizer. It can be used as a base in balms used on the body and is great for nourishing and repairing cracked skin on places such as hands, feet, and lips.

The last type of animal fat we are looking at is suet.

This fat is found around the kidneys and loins of cows, sheep, or other such ruminant animals. Suet is not used to make many nonfood items but it is much praised for what it adds to cooking.

It is hard like lard and tallow, but unlike the two other fats discussed, suet is harder at room temperature and tends to be crumbly instead of soft and malleable. It is typically shredded or chopped and has a very mild taste. This makes it good for adding richness or umami to foods.

Differences Between Suet vs Lard and Tallow

The only downside to suet is that it is not shelf-stable at room temperature like lard or tallow. It should be stored in the refrigerator or freezer for longer shelf life.

Another main difference between suet and the other fats mentioned is that instead of being rendered like lard and tallow, suet is clarified. This means that the suet, instead of being heated at a temperature high enough to cook the connective tissue, is put on a very low temperature.

This low-temperature cooking allows the suet to be gently separated from the meaty parts of the animal without cooking it.

How to Use Suet

Outside of the kitchen, suet can also be used to make bird food. To make a suet bird feeder, you’d either used it on its own or mixed with other fats. You can also use peanut butter. This is mixed with an equal amount of birdseed. You can then put it in a container made for this type of bird feed and hang it from a tree.

Suet bird feed is an excellent source of food for birds during the winter when other sources of food are scarce, as it is a high-energy food source.

Just to sum up all the information that we have gone over, the three fats are all very versatile and have multiple uses, both in and out of the kitchen. All of them can be obtained in their raw form from the butcher, or in their finished form from store shelves.

Lard refers to the fat that comes from a pig, and leaf lard is the highest quality and most prized portion, found around the kidneys. It is used for cooking, baking, frying, and can also be used making candles, soaps, and moisturizers.

Tallow is the fat found on cows or other ruminant animals. It is used in high-temperature cooking such as frying, and is also, like lard, used to make candles, soap, and moisturizer.

Unlike the other types of fat mentioned, suet is clarified instead of rendered.  If it is food grade, it is usually used in making savory foods and baked. If suet is not food grade, then it can be used as a high energy bird food when mixed with birdseed. Suet is also not as shelf-stable as tallow and lard are and should be stored in the freezer.

Hopefully all of this information helps you to choose which type of fat you need for the project you have at hand.

Megan is a wife and stay at home mom of boys, currently living on a small suburban homestead in Texas. In her free time, she likes to work in her garden, forage for wild edibles, and spend time with her family. Megan grew up in the big city of Houston, visiting museums and NASA, but she now loves the small-town life. Some of her hobbies include reading books, watching science fiction, and learning new skills with her family.
All Posts

Pros and Cons of An Edger vs Trimmer for Your Lawn

How High Should a Chicken Fence Be to Keep Chickens In and Predators Out?

Best Tow Behind Sprayer for Your Yard Inc. Boom and Spot Sprayers [2021 Review]

Primitive Smoker DIY – How to Smoke Meat in the Wild

Can Cows Eat Apples? 🍎 What About Fermented Apples? 🍎

Complete Guide to the Best Animals for Small Farm and Homestead

Best Flashlight Under 50 Review [Streamlight vs Surefire vs Klarus vs Browning for 2021!]

Pros and Cons of An Edger vs Trimmer for Your Lawn

How High Should a Chicken Fence Be to Keep Chickens In and Predators Out?

Best Tow Behind Sprayer for Your Yard Inc. Boom and Spot Sprayers [2021 Review]

Disclaimer: As an Amazon affiliate, I earn from qualifying purchases.