Cast iron skillets and pans have been around forever, but I’m only just now jumping on board. My husband finally convinced me to switch from (toxic!) non-stick pans to cast iron. I didn’t think I’d enjoy cooking with it – I mean, it weighs a ton! No more flipping pancakes, everyone…

Still, I promised I’d give it a go. So, proud as punch, he presented me with this old cast iron skillet he found down the back somewhere. It was ugly. Covered in rust and the wooden handle is broken. So, I told him there was no way I could cook with that. “But it’s free!” he said. Yep, he loves a bargain.

Turns out I was much too hasty. After a couple of hours, he returned with this ugly old pan and, talk about transformation,  it looked brand new. Well, you know, much newer than it did before, anyway. 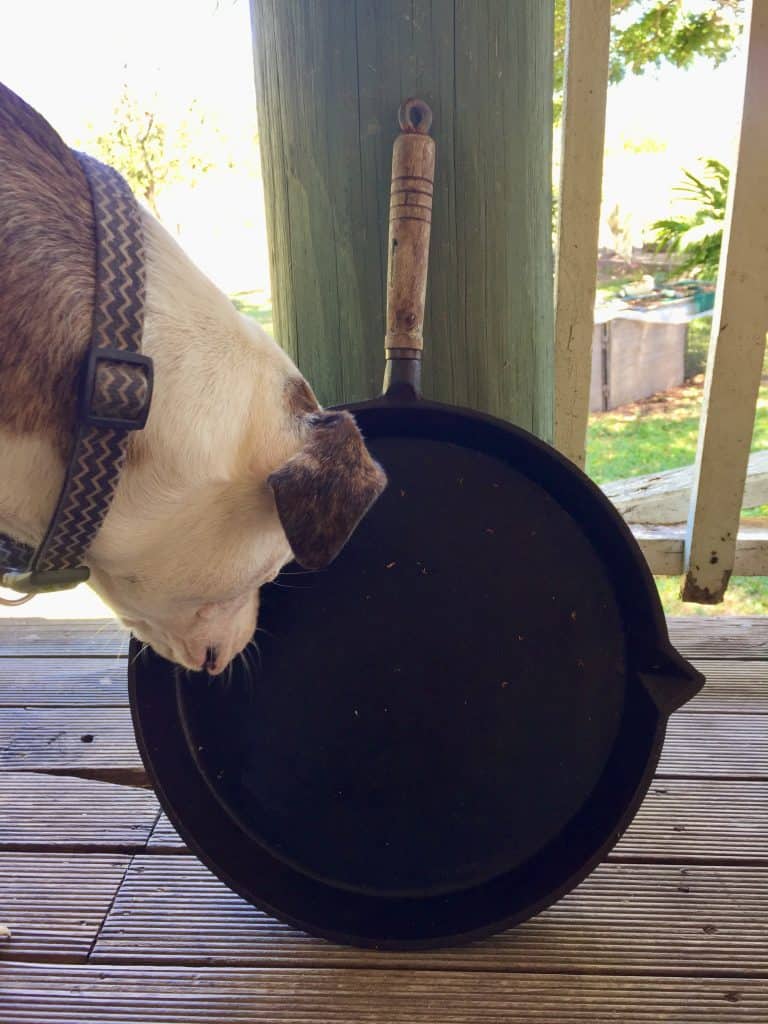 Pretty neat, huh! Nothing sticks to it either. Not eggs, not bacon, not even pancakes.

Turns out, I love cooking with a cast iron skillet! I can’t lift it, true, but it also doesn’t wobble on the stove. It’s hot everywhere in the pan, not just the middle. It doesn’t stick. It tastes awesome. There’s nothing I don’t love, really. Maybe only the fact that it doesn’t go in the dishwasher and you don’t use soap. It feels a bit strange to wash without soapy water!

It also always looks a bit “dirty”, but I think I’ll get used to that. Especially when you consider that toxic non-stick layers are much dirtier, in reality! 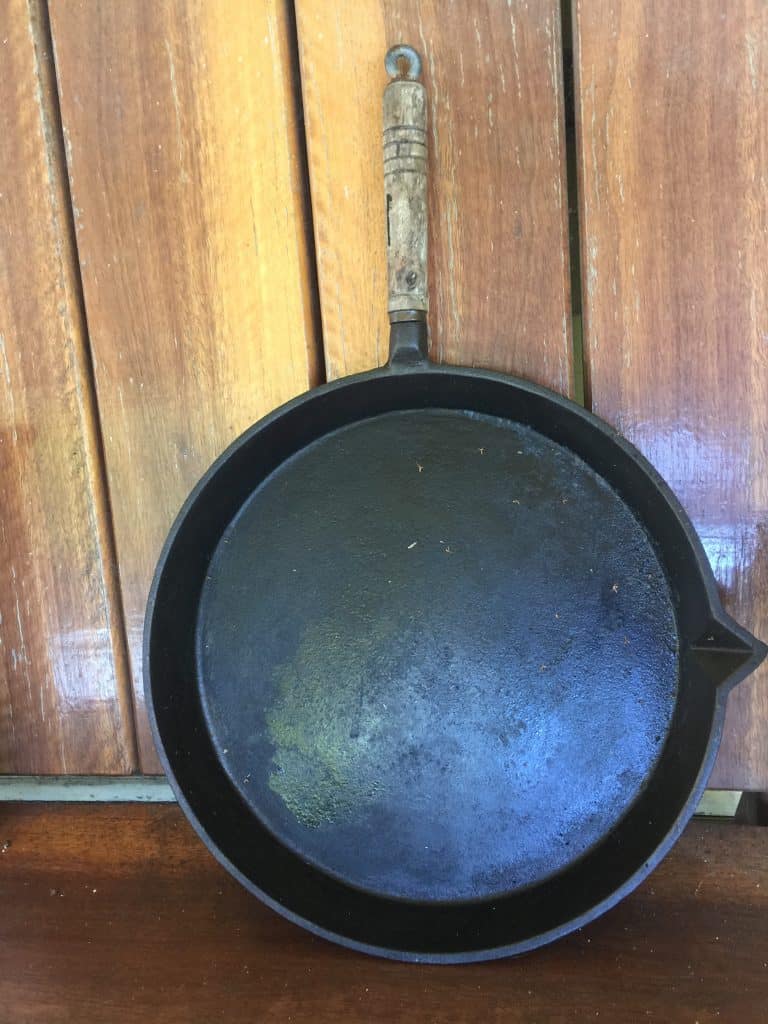 So, let’s talk about how to season cast iron cookware.

How to Season Cast Iron Cookware

Here’s Russell Graves from Hackberry Farm in Texas, explaining how to season a cast iron pan. I love the pans he uses for seasoning because some of his pans are in a similar state as mine.

The awesome thing about cast iron pans is that they get more non-stick and more seasoned over time. They’re also energy efficient because they hold their heat a lot better than pans made of other metals.

These are the steps to season an old, rusty cast iron pan. For new pans, the process is a bit different, especially if they are pre-seasoned. Never use soap on a pan that is already seasoned! For this old pan, we definitely scrubbed it with a brillo pad and soap.

You can also use a chainmail scrubber, which is a pretty nifty little type of scrubbing pad especially for cast iron cookware.

What Is Seasoning, Really? 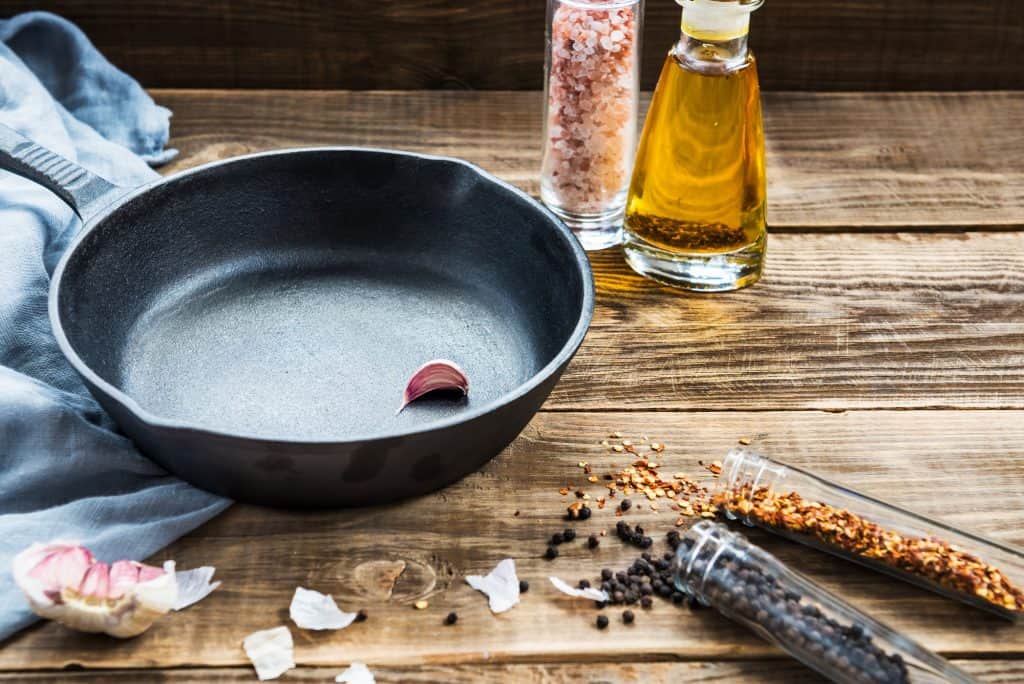 Kris Stubblefield is the associate culinary manager of the test kitchen at Lodge. Lodge has been manufacturing cast iron pans for over 120 years, and it’s one of the brands I’m considering for my new cast iron pan.

Kris explains that seasoning “is a layer of carbonized oil which creates a natural, chemical-free nonstick surface on the pan. Every time you use your pan, you’re adding to the protective layer.” (countryliving.com)

Lodge Cast Iron takes it up a level:

“Seasoning is just oil baked onto cast iron through a process called polymerization . It gives your cookware that classic black patina. Seasoning forms a natural, easy-release cooking surface and helps prevent your pan from rusting.”  (lodgecastiron.com)

What Is the Best Oil for Seasoning Cast Iron Cookware

The kind of oil you use doesn’t seem to matter. Russell, in the video above, prefers shortening, and it works well for him. If you’re unsure, any kind of oil will do as long as it is 100% oil.

A couple of things to keep in mind:

What NOT to Do With a Cast Iron Skillet

Foods that are high in acid can, unfortunately, break down the seasoning on your cast iron skillet.

“Highly acidic foods, like tomatoes, can break down the seasoning on cast iron. We recommend avoiding acidic foods or recipes with higher liquid contents for longer periods of time until the seasoning is well established.” (lodgecastiron.com)

“Cooking with lots of highly acidic foods such as vinegar or tomato juice can take off the seasoning, as can excessive scrubbing, harsh detergents, or even letting food sit in the pan too long.” (countryliving.com)

If you do lose your seasoning though, not to worry – you can re-season at any time and you’ll have a pan that’ll last forever.

You don’t use season your cast iron skillet once. You have to keep it up.

“Without taking the time to season your pan or skillet after each use, you run the risk of it developing rust, and losing its natural cooking surface. In this article, we’ll outline the best methods you can use to ensure your cookware remains in premium condition for years to come.” (unocasa.com)

Well, there’s not really a “wrong” utensil, but some may be better than others.

Some experts reckon that a metal spatula is the best tool. Others believe this may be too harsh on your seasoning, and potentially even rub it off. Some cooks swear their cast iron cookware gets better by using metal spatulas. Their reasoning:

“This is because the right spatula will lower the high spots in the natural texture of cast iron (left by the sand mold it was cast in), resulting in a smoother cooking surface that no longer makes that rusty nail-on-a-chalkboard sound when you scrape it.” (mashed.com)

Most people agree that you need to give your seasoning a chance to “settle in” before you start scraping too hard. Use metal utensils very carefully or choose silicone or wood instead.

No soap should ever go near your cast iron pan. You can rinse it under hot water, scrub it, or just wipe it, but never get soap near it.

“Bon Appétit recommends pouring a cup of kosher salt into your still-warm pan and using a kitchen towel to scrub it. When you’re done, simply rinse the pan with hot water and dry it very well before storing it.” (mashed.com)

There are other funky ideas too! Maybe you’d like to use a cut potato with salt to scrub your pan, or Alton Brown’s salt + fat solution? Check it out:

“HuffPost suggests using both salt and a cut potato to scrub your pan. And WideOpenEats uses both salt and a nifty chainmail scrubber to remove stuck-on food. In one Reddit thread, Alton Brown is quoted as saying he uses salt plus a little bit of fat to scrub his pan down.” (mashed.com)

Now that I know I love cooking with cast iron, I have my eye on either a Solidteknic pan or a Lodge. If you have experience with these, let me know, I’d love your insights! 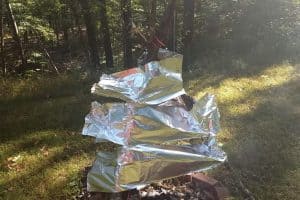 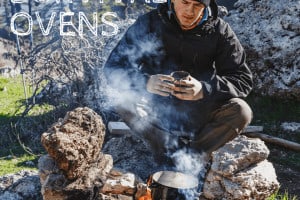 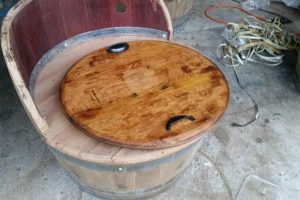 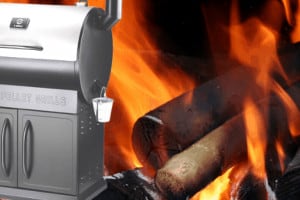 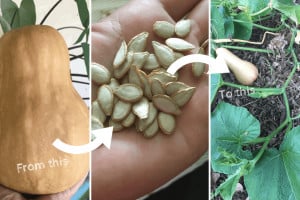 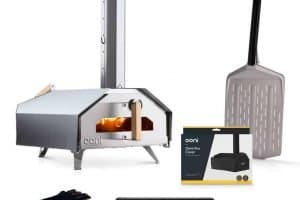