11 Ways of Storing Meat Without Electricity

So, you’ve picked out your animals and they are happily on your homestead now, grazing and laying and doing their thing. What happens when the time comes to butcher the animals and turn them into meat?

Homesteaders who have refrigeration might vacuum seal their cuts of meat and put them into the refrigerator or freezer until it’s time to cook, but what happens if you don’t have electricity? You might want to have a backup plan in case the electricity goes out. If you live off the grid, you may have limited electricity for refrigerators and freezer.

In this article, we will look at ways to keep meat for future use when electricity is not available.

In the past, before refrigeration or widespread electricity, people would have to find creative ways to keep their meats from spoiling since there was usually no place to go to get a fresh cut of meat around the corner once your animal was butchered and cut up.

So, what are some ways to keep your meat from spoiling without any access to refrigeration or electricity nowadays? Let’s start by looking at a few of the ways people have been preserving meat for generations without electricity.

The first we’re going to look at is pemmican. In case you have never heard of it, pemmican is a mixture of tallow or lard, whatever dried meat was on hand, and dried berries that may have been on hand as well.

This was used originally by Native American tribes in what is now the northern United States and Canada, but was picked up by European settlers and used as high-calorie, high-energy rations for explorers and sailors.

Pemmican is said to keep for a number of years, and also won’t spoil when being carried through extreme temperatures where other foods are scarce or completely unavailable.

These qualities are what made pemmican so popular before electricity and refrigeration were invented or widely available, and it is still used today by many Native American tribes in North America.

If pemmican isn’t your thing, there are other readily edible and tasty ways to preserve meat. Nowadays, charcuterie has taken on the role of high-falutin (fancy, for those not from Texas) appetizers, and different kinds of preserved meats, both hard and soft, are often the centerpiece of these spreads.

Starting with the softer side of meat, some of the meat preparations that people are more familiar with are rillettes, confit, and terrines. The oldest, most basic, and well-known of these soft meat preparations is confit. The most well-known version of confit is duck confit, although almost any meat can be used to make it.

Confit is used to preserve meat and occasionally vegetables by slowly cooking the meat in oil or in its own fat, and can be stored for up to several months in a cool, dry place.

Building on the basics of the confit, rillettes, or potted meat, is meat that has been cooked the confit way, then shredded or chopped, seasoned with salt and pepper, then preserved in animal fat or oils such as olive oil.

A pâté is similar to confit, except that in a pâté, the meat that is used is a ground blend of muscle meats and organ meats, as well as other herbs and seasoning as needed. This method also uses butter, unlike the plainer confit or Gillette.

The terrine is the most complicated of the softer preserved meats, tastefully speaking. The terrine is most similar to the pâté in that it is made with both muscle and organ meat as well as spices and herbs as needed, but is not made with butter, only animal fat or oil.

It is then placed in a loaf-shaped mold, layered with aspic gelatin if wanted, and processed by cooking it in a water bath before storage or eating.

The thing that all of these ways of preservation have in common is that in all of them, the meat is preserved in lard. In order for the lard preservation method to work best, no matter which way you choose to do it, is to first make sure the containers you will be using have been cleaned and sterilized.

The meat should also be salted and cooked or processed as if you were going to eat it before being placed into the container. If you will be storing the meat in a container with lard without turning it into confit first, then there should be at least an inch of lard covering the meat to prevent air and bacteria from entering the container and spoiling the meat.

If you don’t want to have your meat preserved with lard, there are many other ways to preserve your meat for the future that don’t require electricity. One way to do this is to dehydrate your meat.

Depending on where in the world you are from, you might be more familiar with biltong or jerky. Both are similar in that they are different forms of dried meat, but they originated from different parts of the globe, and are prepared differently.

Biltong comes from South Africa and is prepared by marinating it in vinegar and spices to cure it and add extra flavoring, then hung out to be air-dried to the texture you prefer.

Jerky, on the other hand, is made by putting the meat in a sauce-like marinade with spices, then dehydrating it. If you do not have electricity, this can be done by using:

Read more: Cooking with the earth and sun 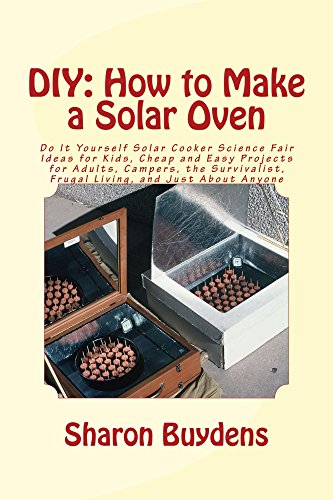 For those homesteaders who are just starting out on the journey of preserving meats, or for those who want an easier way to keep meat fresh in the long term, there are other easier ways to preserve meat than dehydrating it or turning it into confit.

The first way is to pressure can the meat. This will require some special equipment in the form of a pressure canner and mason jars, but on a homestead, this equipment can be reused for other foods, not just meat. 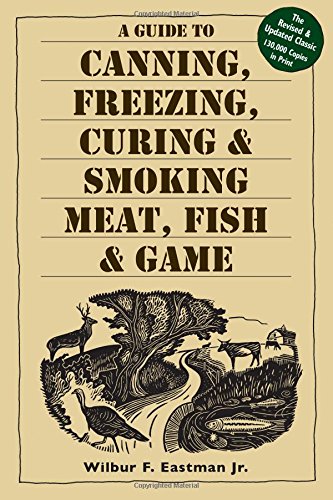 Since meat is a low-acidity food, it has to be preserved by pressure canning and not water bath canning. This prevents bacteria and other germs from entering into the jar and spoiling the meat or causing sickness in the future.

Depending on your preference, meat can either be canned while raw or hot, or slightly cooked. Once you have prepared your jars, the pressure canner can be placed over your portable propane stove or other heat source and the processing can begin.

Another easy way to process your meat for long-term storage without electricity is by using salt to either cure or brine your meat or fish.

Let’s look at some curing methods first. Curing is a preservation method that goes back to ancient times. It works by using salt to draw out the water from the meat, thereby making it an inhospitable environment for the bugs that can cause the meat to spoil.

That isn’t to say that the meat won’t spoil eventually, just that it would take a long time if done properly. Some of the more well-known salt-cured meats are prosciutto, Parma ham, chorizo, and jamón Ibérico. These are cured using only curing salt, and then hung to dry.

Another way to cure meat is to pack it in salt, along with some brown sugar, spices, and herbs to help blunt the taste of the salt. This method serves a dual purpose of keeping air out as it is curing, and then preserving the meat once the process has been completed.

Some good examples of meats using this method are salt pork and gravlax.

If you prefer to have your meat moist rather than dry when using salt to preserve, then you can brine your meats to preserve them.

You will need a container that has been cleaned and sterilized for this since you’ll be keeping your brine and meat in the container instead of packing it in salt or hanging it to cure.

For these two methods to work properly and to ensure no harmful microbes get to the meat, you will need to make sure the meat stays in a relatively cool and dry place that will not get too hot.

10. Use the Weather to Your Advantage

If you live in an area with some hot or cold weather or both, there are some methods that will allow you to take advantage of the weather to keep meat preserved on your homestead.

If you live in a very cold climate or just have some cold winters, you can use the cold to keep your meat cold without electricity or refrigeration. This method is called cold storage.

You can either make a temporary cold cellar or, if your climate and land allow, you can make a permanent root cellar on your property for cold storage. This would allow you to not only keep your meat stored well, but also other fruits and vegetables that require cooler temperatures to keep from spoiling. 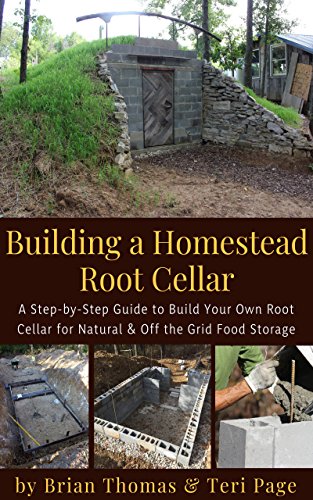 Building a Homestead Root Cellar: A Step-by-Step...
$8.95
Buy on Amazon

This method can help keep your meat for at least part of the year, if you have warm summers but cold winters.

The main thing to keep in mind is that if you are storing your food above ground, make sure to keep it sealed up in containers to avoid predators coming to your property for a free meal.

For those of you who live in places where either the climate doesn’t get cold enough to have a cold cellar or your land doesn’t allow you to dig a root cellar, you can always smoke your meats.

Smoking is a popular cooking method, but what a lot of backyard cooks don’t realize is that this method can also be used to preserve your meat for good eating in the future.

Smoking does require some special equipment in the form of a smoker that can handle whatever amount of meat you want to preserve, as well as enough space outside to have the smoker running.

Look at the Pit Barrel Cooker or Masterbuilt smoker for excellent quality smokers.

Meat can be flavored in the smoker by first applying a rub that contains salt, pepper, and whatever sugar or spices that you wish. The type of wood you choose will also impart its own flavor, and the meat should be cooked long enough that it resembles jerky or cured meats.

Once complete, smoked meat can be stored in a cool, dry place for future use.

Hopefully, now that you have some more information, you will be able to decide which method of meat preservation will work for you, your homestead, and your taste buds to keep your food fresh in the face of no electricity. Whether you want to get fancy or stay simple, there is a preservation method for everyone.

Can You Grow a Peach Tree From a Peach Pit?

43 Lucrative Side Hustles for Homesteaders

Can You Grow a Peach Tree From a Peach Pit?

43 Lucrative Side Hustles for Homesteaders

This is Your Best Small Gas Grill for the Money! Small Grills for Balcony, Patio & Camping

2 thoughts on “11 Ways of Storing Meat Without Electricity”

All rights reserved © 2020 Outdoor Happens    –    Disclaimer: As an Amazon affiliate, I earn from qualifying purchases.