Are you looking for a way to turn your kitchen scraps into high-value garden food? Worm composting is a great way to do this.

When you manage your worm farm correctly (and it’s not hard, I’ll show you how easy it is below!), it pretty much looks after itself, is clean, and doesn’t smell. You can have a worm farm compost system in the smallest of areas!

Let’s watch this interview with Peter Paul, who talks us through his worm farm compost system.

Peter lives in the Pacific North West with his wife and two kids. He works full time but still manages to grow an amazing garden to feed his family. He keeps his soil fertile with a worm farm system.

He started the worm farm because his compost pile was giving him lots of trouble. The raccoons and skunks would ravage it, and all he was left with was orange peels.

Peter uses just the one big worm farm and adds food and scraps in different places in the bin. He starts on one end and moves to the other end to give it time to decompose and get digested.

Related: The Best Worms for Your Vegetable Garden [and Amazing Soil!]

Peter even puts meat in his compost bin. He recommends you don’t add meat if your bin is indoors, but outdoors it’s no problem.

His composting system has a self-introduced fly, whose larvae eat the meat. It’s not just a worm farm, it’s a whole little composting ecosystem. A great, free way of increasing the capability of the worm factory.

Peter loves the worm juice in particular. He has a bunch of holes drilled in the bottom of his farm, and a bucket lives underneath, which collects the worm juice. He stores the juice in winter when he doesn’t use it.

Related: Your Complete Guide to Earthworms

In spring, he gives it away and sells it. He uses it as foliar feed for his plants and the soil and has seen incredible results. The first year he did it, the tomatoes grew faster than the sunflowers!

How Do I Start Worm Farming?

It’s super easy to start. You can build your own worm farm like Peter in the video above, or you can buy a pre-made worm factory (link to our worm farm review!) like this one: 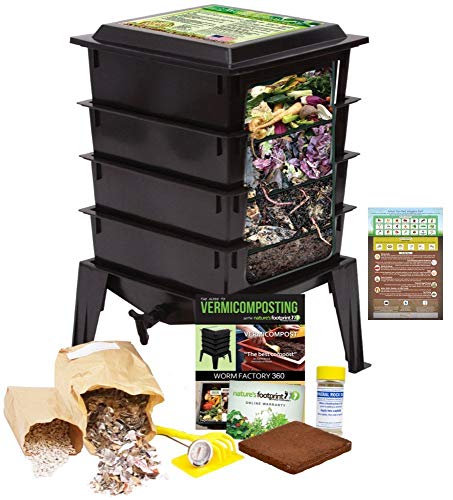 The Worm Factory 360 is simple to set up and operate. It takes less than 15 minutes a week!

﻿You can do this year-round inside or out, and harvest compost up to once a month! The finished compost can be used in your garden, your raised beds, or on houseplants.

Get It on Amazon
We may earn a commission if you make a purchase, at no additional cost to you.

The greatest thing of all is that compost worms now travel the country, so you can order them online and they’ll arrive at your doorstep, ready to populate their new home.

My favorites are the Red Wrigglers: 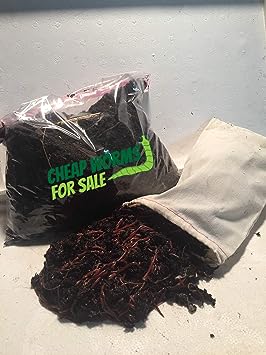 100 Red Compost Worms CheapWormsForSale
$21.99 $20.99
Amazon
We may earn a commission if you make a purchase, at no additional cost to you.

Related: Attracting Butterflies to Your Garden, the Why and How

You’ll be surprised how quickly they multiply once they’re settled in. Don’t give them too much food for a start. Once you see food disappearing, feed more. It’ll start disappearing faster and faster, which means you can feed more and more.

What Other Compost Systems Can I Use?

If you don’t like the sound of a worm farm compost system, you can look at:

Will you start a worm farm?

I’m working on building one at my kids’ school. I’ll look at an inground system instead of a farm that requires some maintenance. Most likely with a worm tube, like these ones I made for my own garden:

These in-garden worm tubes are now also commercially available, although not as readily as the traditional worm farms. See these, for example: 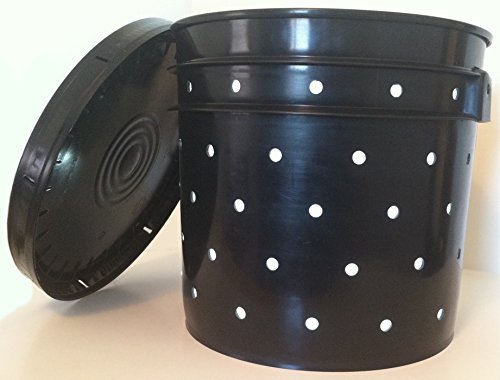 Compost your kitchen scraps directly in the garden. Includes a pre-drilled 3.5 gallon pail, lid, and instructions.

This worm composter allows worms to travel back and forth from pail to garden, fertilizing as they go!

Get It on Amazon
We may earn a commission if you make a purchase, at no additional cost to you.

I’ll do a tutorial on these inground worm farms in the future. They’re a great, low-maintenance worm farm solution.

You’re not working with compost worms in these ones, more so earthworms. Same benefit!