There’s always fencing to be done on a homestead or farm, and the best fencing pliers make your life a lot easier. I have one set of pliers I always carry with me. They’re the pliers that can do anything – grab wire, twist it, cut it – I’m ashamed to admit that sometimes, they’re even used as a hammer (shock horror!).

Then, if I’m on a serious fencing mission or building a chicken run, I also carry a good pair of cutting pliers. I absolutely love my Knipex pliers, which is why they’re number one. These pliers make it ridiculously easy to cut through wire, something my general-purpose fencing pliers struggle with, even though they will do the job in a pinch.

Here we go for the best fencing pliers for your homestead or farm!

These fencing pliers cut wire up to 1/4″ diameter. They’re true quality made in Germany. It has a lever-action design that applies much more force than standard pliers – up to 20 times more in fact.

These pliers will cut cotter pins, nails, fish hooks, and any type of fencing. They’re made of chrome vanadium electric steel and super lightweight. You can carry these in your pocket all day long and not notice them. 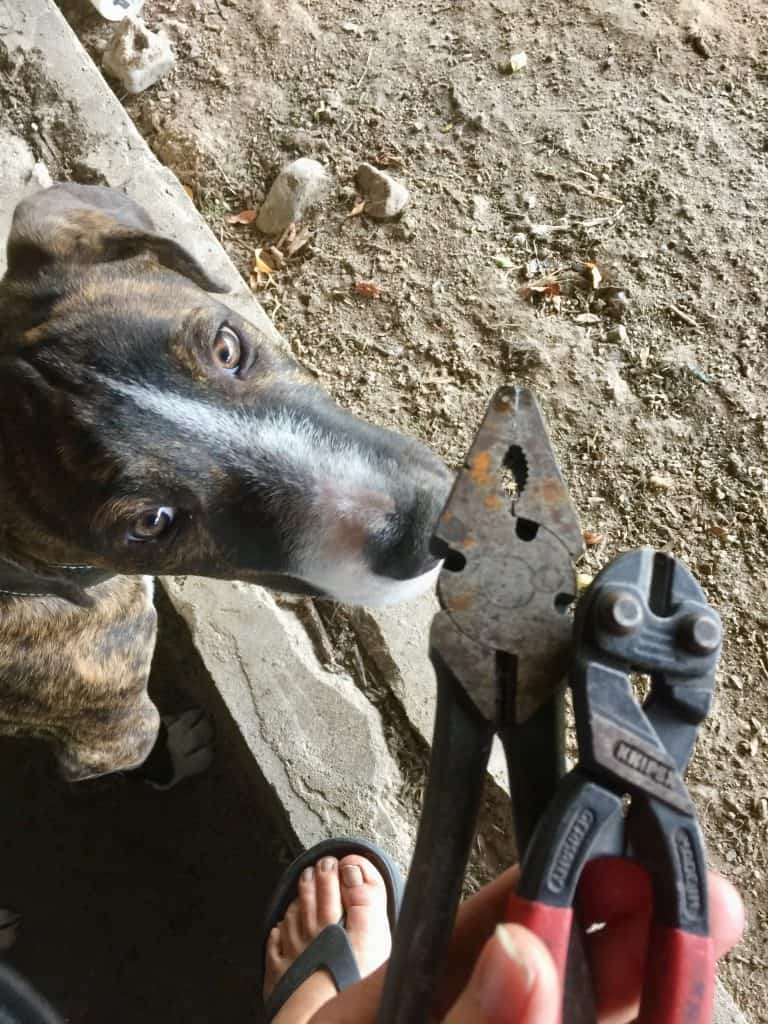 My dream team for fencing!

Klein Tools D213-9NE Pliers, 9-Inch Side Cutters, High Leverage Linesman Pliers Cut Copper, Aluminum and other Soft Metals
$33.99
Amazon
We may earn a commission if you make a purchase, at no additional cost to you.

Klein Tools has been manufacturing high-quality hand tools for over 160 years, all made in the USA. These fencing pliers are no exception.

Klein’s side-cutting fencing pliers give you 46% more cutting and gripping power than standard pliers, due to high-leverage design. They’re induction-hardened so they’re exceptionally durable. These fencing pliers really grip onto wire with their sure-gripping, cross-hatched jaws.

They’re also super easy to handle with “handform” handles, hot-riveted joints, and unique handle tempering (no wire snap!). Definitely one of the best fencing pliers you can add your toolset. 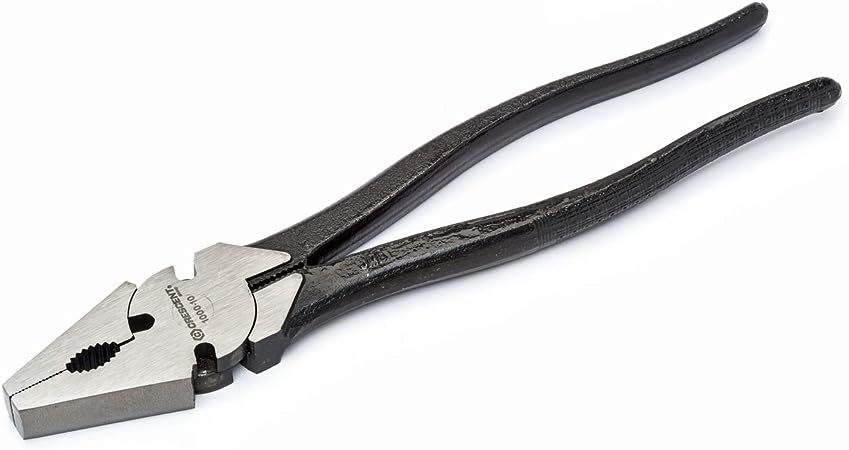 My main issue with them (which is why they’re not on number 2) is that they’re not particularly great at cutting. Maybe if you have big, strong hands this isn’t the case, but I much rather use my Knipex cutters for cutting. Then I’ll use these Crescent pliers to grab wire, twist it, rip it, whatever I need to do. And hammer…

A great all-round fencing plier that lasts for years and years.

Milwaukee is well-known for its quality tools, and it’s one of my husband’s favorites. He works on big machinery as a diesel mechanic and his tools have a tough life. Milwaukee tools have proven that they’re up to the job and they’ve lasted really well, even under harsh conditions.

These comfort grip pliers are a multi-purpose design, which is what you want in the best fencing pliers. The best ones do all your fencing jobs so you only have to carry one tool!

These fencing pliers are a staple puller, staple pincher, hammer, fencing wire crimper, fencing wire puller, and fencing wire cutter all in one. How good is it that it includes the “hammer” feature, we don’t have to feel bad anymore for using them to whack stuff with!

They have a forged head so they last longer in tough conditions, rust protection, and curved handles for nice ergonomics.

Another great set of all-in-one fencing pliers. They’re made from nickel-chromium steel with machined jaws for extra grip. These fencing pliers are a great price too.

They feature Irwin’s ProTouch Grips for extra comfort and control, and to reduce hand fatigue. You’ll really appreciate that if you’ve got a few miles of fencing to do!

Some things reviewers on Amazon mentioned:

It is particularly great for removing fence staples from old fencing (which can be such a hassle). I read on other people reviews complaints about the pliers being stiff and hard to open or use. This is not my experience at all.

These fencing pliers are very well made and not some skinny cast junk like I’ve seen before. I expect these will last a good long time and help to build and repair miles of fence (If I don’t drop them in the grass). The grip fits well in my hand with or without gloves which is a plus. 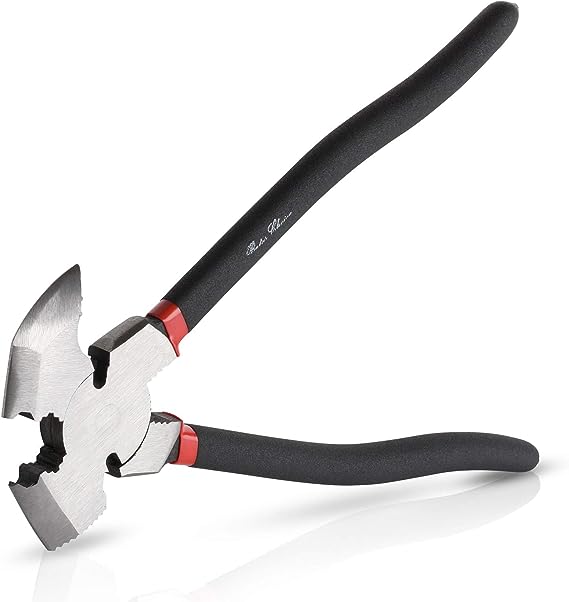 Our cheapest best fencing pliers for today! Coming in at only $14.99, they’re quite a bargain. These have great reviews, around 64 of them with an average of around 4.4 out of 5. That’s pretty good for a $15 pair of fencing pliers.

They’re 10″ pliers with a 7/32″ cutting capacity. It’s a multi-purpose tool as well. You can use them as fencing pliers, staple puller, nail puller, cutter, and a hammer. They’re made from polished alloy for durability and to prevent it from rusting.

Corrugated head for extra grip too. These pliers aren’t the highest quality. With tools you generally do get what you pay for. They’re also best for large hands and they take a fair bit of hand strength to cut through wire. Still, if you’re after cheap fencing pliers, they’re worth a go.

What Are Fencing Pliers?

Fencing pliers are a multi-use tool that you carry with you when you’re out fencing. Fencing pliers often have the following features:

When you’re buying the best fencing pliers, look at the quality. This is the one tool you don’t want to do without on a farm, so if you’re carrying only one tool with you – make sure it’s a good one!

What are your favorite best fencing pliers?

If you’re in need of sturdy and durable fence-cutters, check Bates Best Fencing Pliers out. All my colleagues hold this product in high regard, mainly because of its simple yet efficient features.

My only reservation about the fencing plier is that it isn’t designed for people with small hands.