If you want to level-up your make-it-from-scratch game, why not try homemade cheese? Making things from scratch can be fun and rewarding, and making your own cheese is no exception. Plus, you get delicious cheese that’s often tastier than any store-bought cheese.

While cheesemaking does have a low barrier for entry, it can get complex – it involves a bit of culinary chemistry, after all. Some cheese is quite finicky in terms of the temperature, pH, and ingredients used to make it. Some cheeses can take days to make and need expensive gadgets to press and store.

The good news is that not all cheesemaking is difficult!

There are many kinds of cheese you can make at home with just a few ingredients, no weird equipment, and no prior experience! It’s also a great activity to do with kids.

We’ll first dive into some background information about cheese ingredients and the cheesemaking process. Then, we move onto the main event – 5 super easy cheeses that’ll make you look like a pro cheesemaker, even if you’ve never made cheese before!

The Ingredients Used to Make Cheese 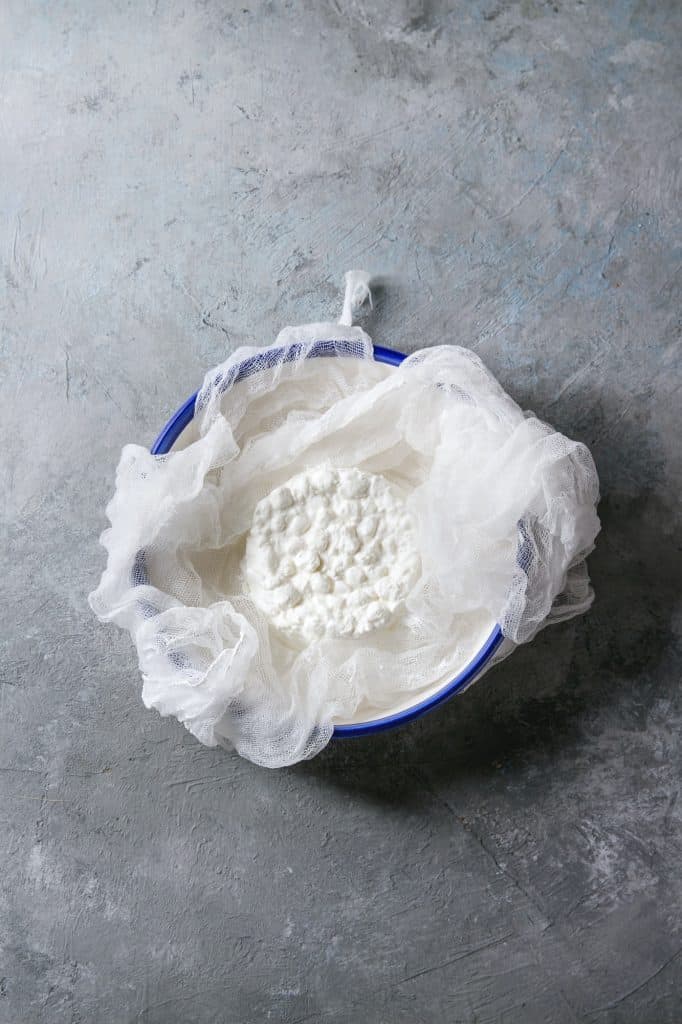 By lowering the pH and making milk more acidic, casein proteins condense to form curds, separating from the liquid whey. The whey is eventually strained off while the curds are (sometimes) pressed into bricks.

The type of milk, starter cultures, and any added ingredients will ultimately determine the variety and flavor of cheese you make.

The Basic Steps of Making Cheese

While the actual procedure can vary from one cheese to another, the basic steps are the same: 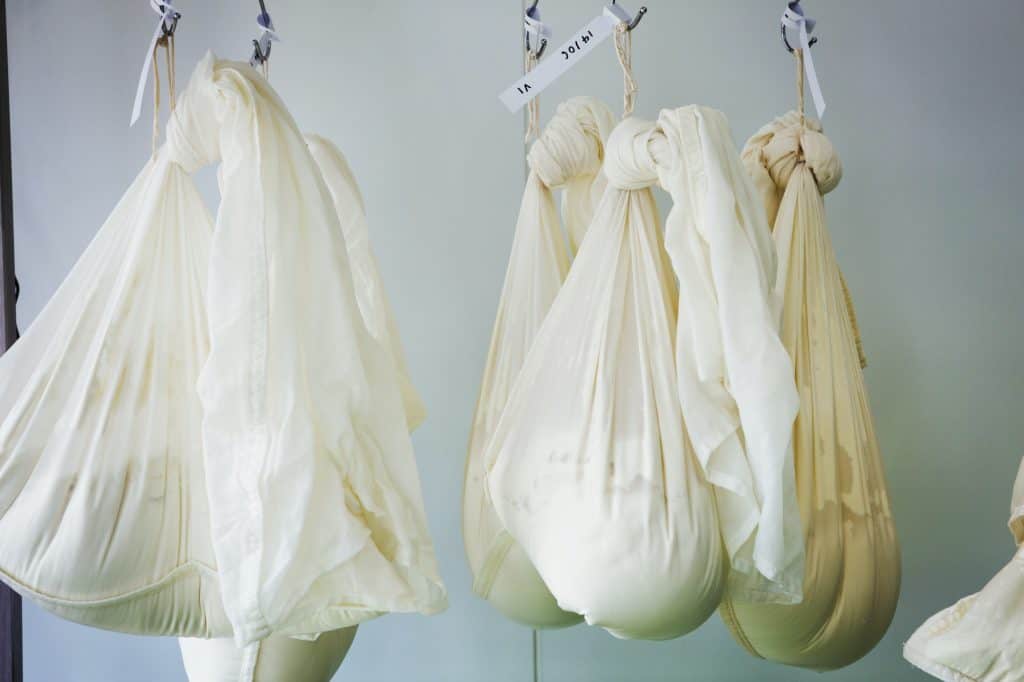 These recipes were chosen as good for beginners in part because they don’t require much special equipment, although you’ll want to make sure you have the following:

The links in this article go to Cultures for Health, an amazing resource for recipes and all your cheesemaking and fermenting equipment. 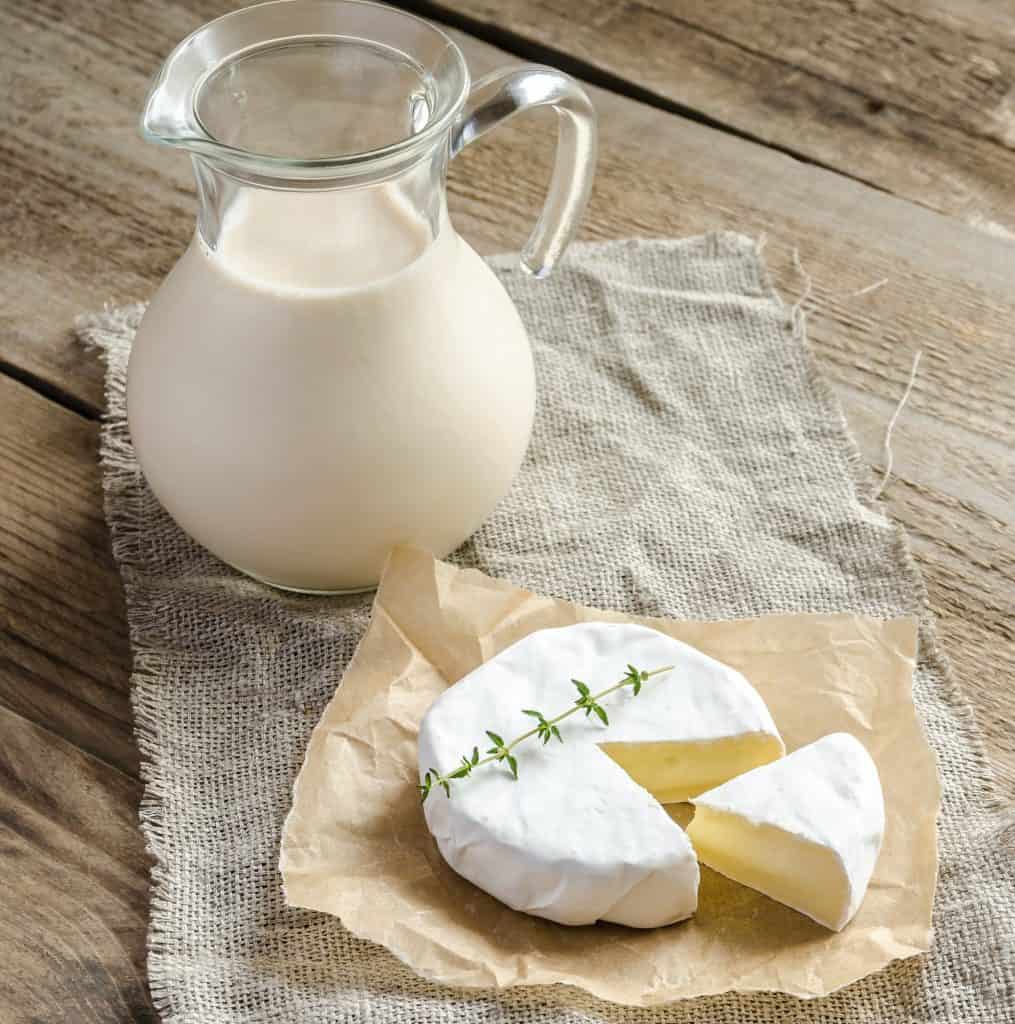 There’s chemistry at play here, so you need to be careful about your ingredients when you’re making homemade cheese.

Use Raw or Pasteurized Milk

Use raw or pasteurized milk, not UTH or ultrapasteurized.

Ultrapasteurized milk has been heat-shocked to kill bacteria, a process that unfortunately breaks down the milk proteins and makes them less sticky. Use this and your cheese will probably be too soft.

Raw milk is pretty amazing. It’s fresh, which means you’ll get a stronger curd and more cheese. Raw milk can also give your cheese character and flavor.

Some states do not allow the sale of raw milk, or you’re only allowed to buy it straight from the farm. If you are near a farm that sells fresh milk, I highly recommend you choose raw milk – it gives your cheese amazing flavor.

Raw milk may be hard to find and it can also be much more expensive to buy than pasteurized milk. Another problem with raw milk is its bacteria. Most of the time, these bacteria are very beneficial, but if the milk is old or not cooled properly, you do run the risk of those bacteria turning “bad” on you. You’ll either get a funny tasting cheese, or in the worst case, you can get very ill.

Pasteurized milk is a lot easier to get, but be mindful of the fact that a lot of milk you buy these days is ultra-pasteurized. You don’t want those for homemade cheese.

Pasteurized milk, however, is often much cheaper and more available than raw milk, which might make it more attractive for you. It also tends to give you a more consistent cheese, because it doesn’t contain anywhere near as many bacteria as raw milk.

If you’re planning on selling cheese as a side hustle or homestead income, this is a big benefit. Your cheese will have the same flavor every time. The flavor won’t be as intense as cheese made with raw milk, though, and you still run a risk.

Cultures for Health says that in the 80s, 20,000 people became ill from improperly pasteurized milk…. The pasteurization methods are probably better these days, but still. Something to keep in mind.

Learn more about the different types of milk in cheesemaking.

Don’t use iodized salt. For different reasons, the iodine interferes with milk’s ability to coagulate and form proper cheese.

Learn more about salt in cheesemaking.

Many cheese recipes contain calcium chloride. Calcium helps glue together the milk proteins to create cheese curds. If your recipe forms weak curds, it might benefit from a little bit of calcium chloride.

The formation of the cheese, as well as the flavor of the final product, depends on the specifics of the ingredients used – right down to the diet of the animal that produced the milk or cream! 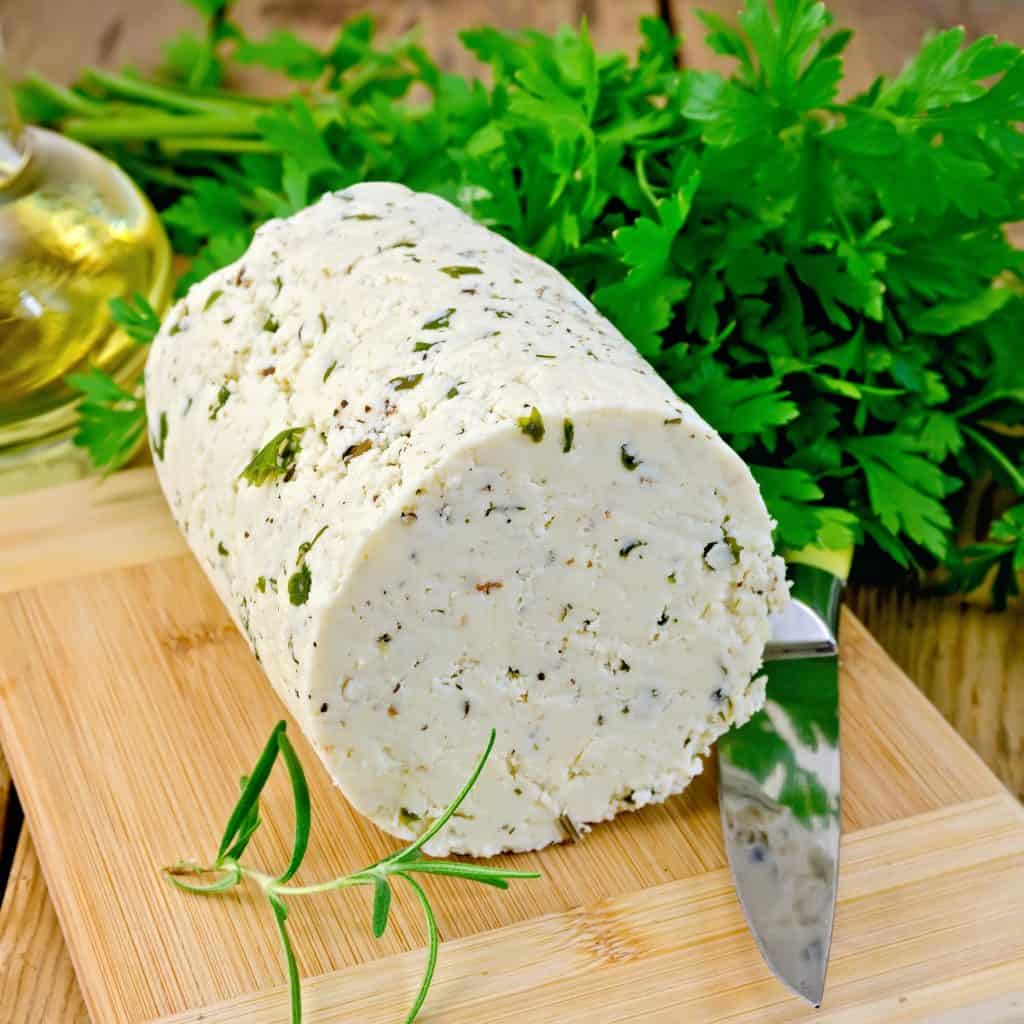 1. How to Make Homemade Cream Cheese 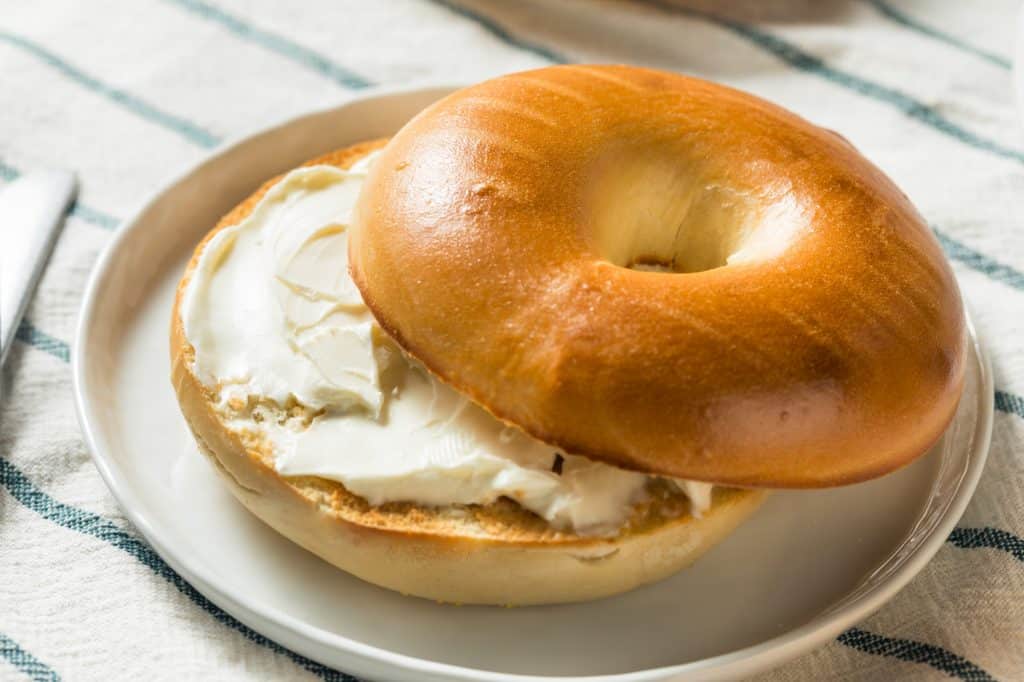 One of the easiest places to start with cheesemaking is homemade cream cheese.

For this recipe, milk is heated on the stove, after which cream cheese culture is added. After sitting for 12 hours at room temperature, the resulting yogurt-like mixture can be strained through cheesecloth and salted. Check out the full recipe on the Cultures for Health website.

Want to take that cream cheese a step further? Chef Mike Keuler, the cheese-lover behind So Damn Gouda, recommends a Fresh Herb Goat Cheese Ball. “The beauty is,” Chef Mike says, “it’s nearly impossible to mess up and requires no special equipment!”

2. How to Make Homemade Ricotta and Cottage Cheese 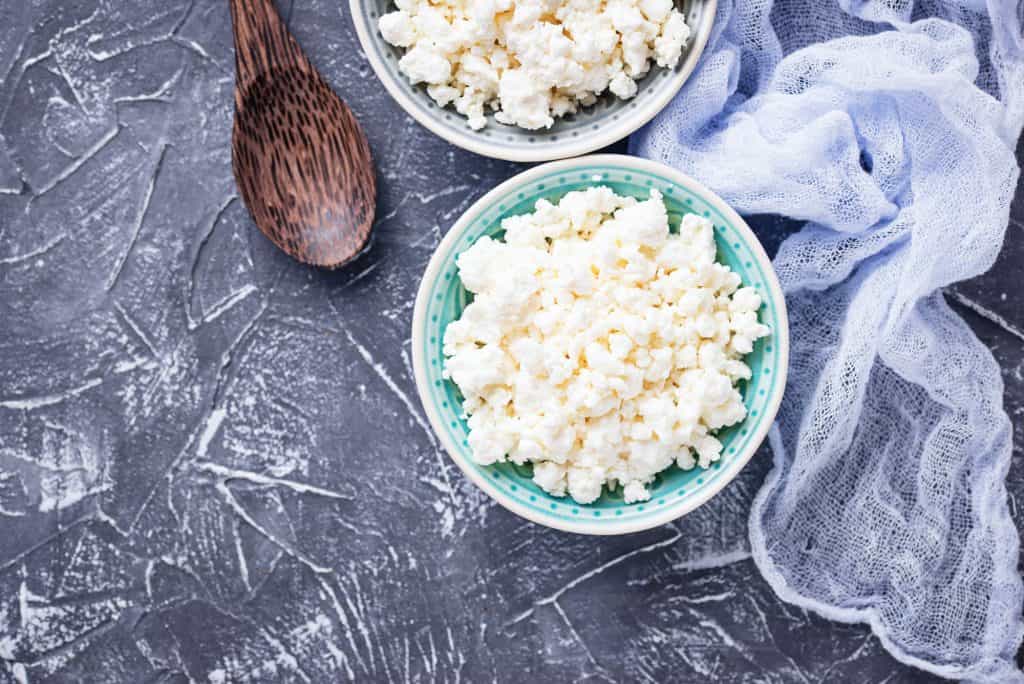 Cheese purists may call for my head on a platter for putting these two varieties of cheese in the same subheading, but the truth is they have similarities: they’re both white, soft, mild, fresh cheese and they’re even used interchangeably some of the time.

Remember Little Miss Muffet with her “curds and whey?” Traditionally, when cheesemakers would separate milk into curds and whey, they’d make cottage cheese from the curds and ricotta from the whey.

How to Make Ricotta Cheese

Finding fresh whey could be a challenge, but if you have some, the recipe below for fresh ricotta couldn’t be much easier. Put the whey in a pot, heat it, wait 5 minutes, skim, and strain. No whey? Try the recipe for goat milk ricotta.

How to Make Cottage Cheese

If you’re after cottage cheese instead, try this simple recipe. Milk is heated and mesophilic cultures are added, followed by rennet. The mixture forms a firm curd in about two hours. The curd is cut into pieces and the mixture is cooked on low heat for 15 minutes before being strained and salted.

This recipe should result in drier curds, but cream can be added to the final product for creamier cottage cheese.

How to Make Paneer Cheese

Can’t decide between ricotta and cottage? Try this paneer recipe courtesy from Summer Yule, a Connecticut-based dietician and recipe developer at SummerYule.com.

Paneer is similar to ricotta, except that it’s often pressed into firm bricks to hold up in sauces like curries. “I use crumbled paneer like ricotta in recipes,” Yule notes, “If you add a little cream, you get cottage cheese. So this recipe gets you several easy cheeses!”

3. How to Make Homemade Feta cheese 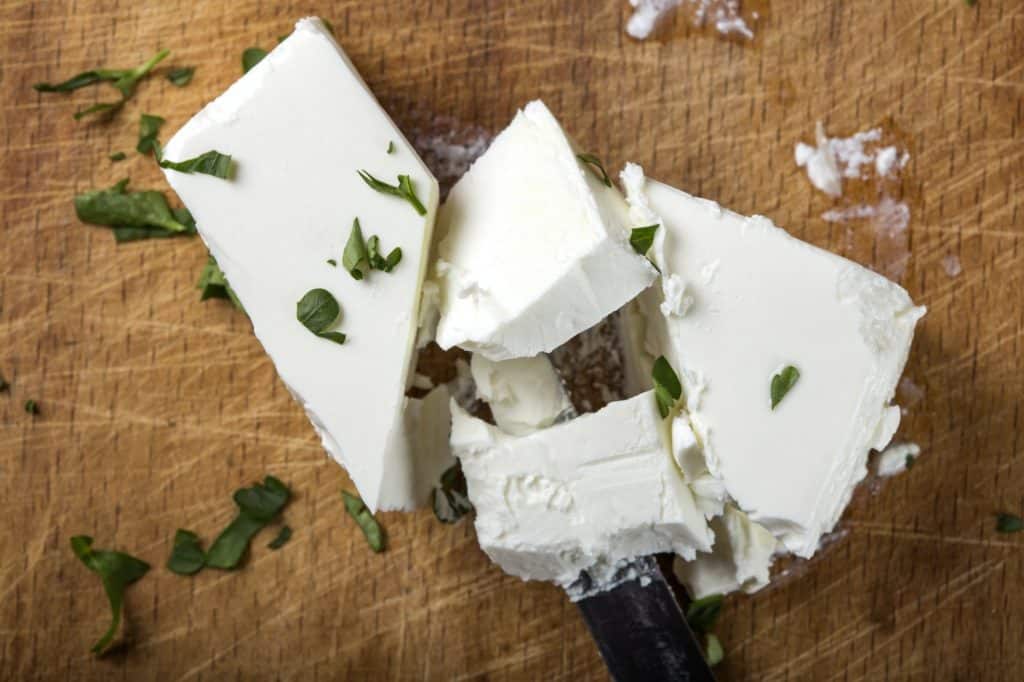 Homemade feta cheese is a crumbly, salty, white Greek cheese, traditionally made from goat’s milk, but cow’s milk can be used.

Other ingredients include feta starter culture and rennet. For this recipe, the salt is best added by brining the curds in salt water for 4-5 days for the best flavor. This one in particular might benefit from calcium chloride to firm it up.

4. How to Make Homemade Farmer’s cheese

Farmer’s cheese is a mild white cheese with a crumbly texture, similar to cottage cheese or ricotta. You can use it as a substitute for either of those or mix it with herbs and use it as a spread. This recipe from Cultures for Health is a little trickier since it requires diligent temperature-taking.

To make farmer’s cheese, milk is heated and mixed with a starter culture. After the curd forms, it’s cut into ¼” cubes and heated slowly. It’s then cooked at 112 F until the curds firm up, and then the curds are drained and salted. Cream is added optionally.

How to Make Homemade Mozzarella Cheese 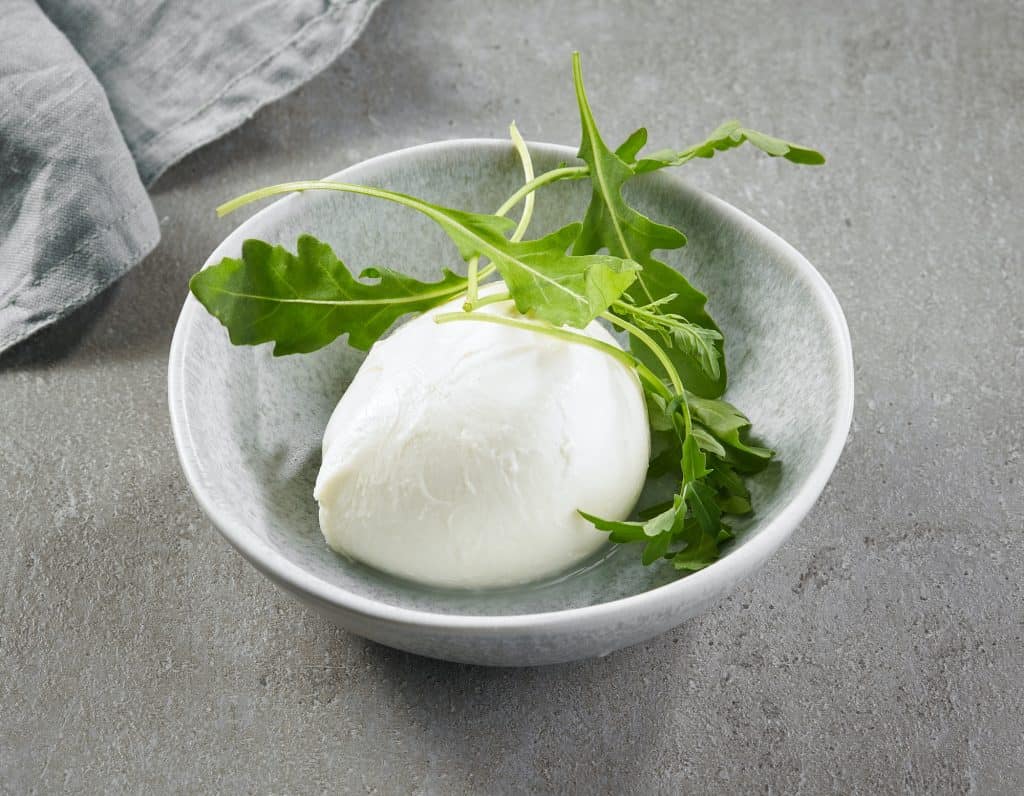 Mozzarella cheese takes a little more effort in that it needs to be stretched and pulled, but this 30-minute recipe is a great choice for beginners.

The recipe uses cow’s or goat’s milk, liquid rennet, and citric acid. After the curd is formed and cut into pieces, the curds need to be stretched, using either the microwave or a stove-top water bath. “Stretch the curd by pulling it like taffy until it is soft and shiny,” the recipe notes, “the more you work the cheese, the firmer it will be.”

Jessica Randhawa, the head chef, recipe creator, photographer, and writer behind The Forked Spoon, offers some pro tips for making a great mozzarella: “make sure to use whole milk that is not ultrapasteurized for the smoothest experience,” she says.

“Temperature is key to a good mozzarella! The curd’s internal temperature should be 135 degrees Fahrenheit when starting the stretching phase. If it gets much hotter, the curds will fall apart and eventually dissolve, so make sure you have an accurate digital thermometer before starting.”

Cheese Made Even Easier With Cheesemaking Kits

If you’re looking for the fastest way to get into cheesemaking, check out the DIY kits available from Cultures for Health. They contain almost everything you need: starter cultures, rennet, calcium chloride, cheese salt, even a thermometer, and butter muslin.

All you need is milk or cream and you’re ready to make cheese!

Whether you’re using a DIY kit or milk from your own dairy farm, I hope these easy cheese recipes inspire you to try your hand at homemade cheese.

Do you have any other favorite easy cheese recipes or cheesemaking tips? Let us know!