Bamboo can grow 3 feet in height in 24 hours – do you know another crop that gives you amazing growth like that? Bamboo farming is a great option for your homestead, returning a profit in as little as 3 years.

Compare that to more conventional homestead income crops like a market garden or orchard, which might return a profit in 5-10 years. This is certainly a strong case for bamboo farming!

Bamboo Farming for a Homestead Income

Bamboo, as exotic as it may sound, is probably not high on the list of most homesteader’s plans.

While we might appreciate bamboo as a sustainable (and beautiful) alternative for our hardwood floors, most folks in North America probably equate bamboo farming with the tropical forests of the Philippines or South America.

Bamboo farming, however, is set for massive growth in North America in the coming years. Below, we offer a complete rundown on the ecological benefits of bamboo, and how bamboo farming could lead to a sustainable source of diversified homestead income.

The Ecological Benefits of Bamboo Farming 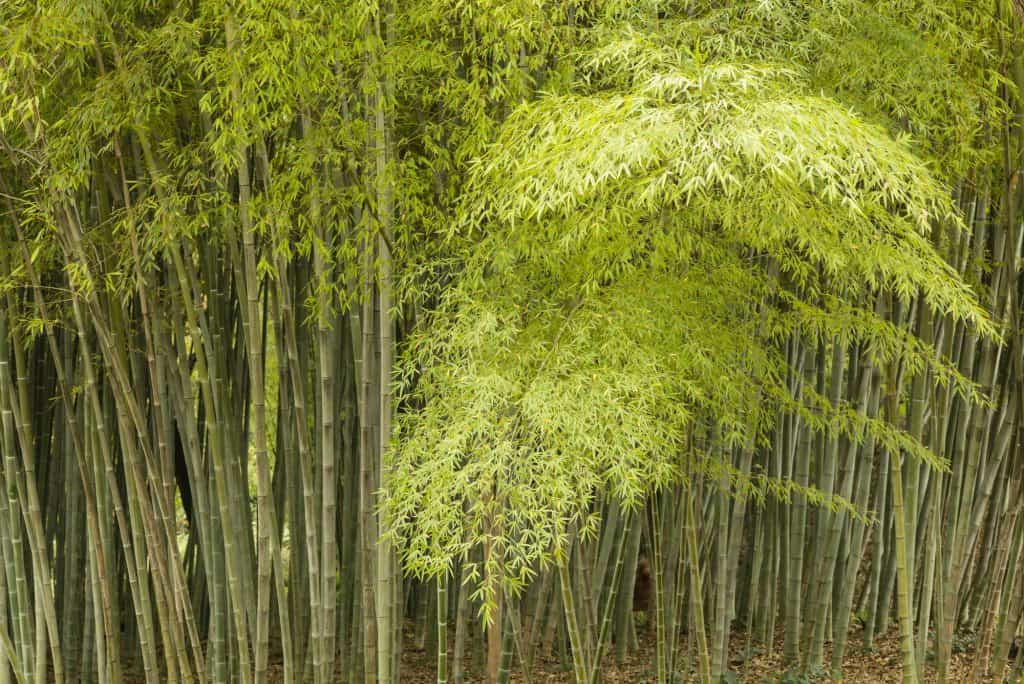 Bamboo, which is actually a type of perennial grass, grows in almost all ecosystems around the world. Its thick stems often make us equate it with a timber species.

Unlike trees, however, bamboo is extremely fast-growing. Some species of bamboo (there are an estimated 1,400 known species around the world) can grow up to three feet in height within a 24-hour period.

In some cases, a 100-foot bamboo timber can be harvested for use in as little as five years. Bamboo “forestry”, then, has long been an important source of income and use for indigenous and agrarian societies in the tropical regions of our world.

The fast growth tendencies of bamboo make it an excellent crop for carbon farming applications.

Project Drawdown, which analyzed dozens of the most effective solutions for capturing excess carbon dioxide from the atmosphere, found that bamboo production could potentially capture between 8.27 and 21.31 gigatons of carbon dioxide between 2020 and 2050.

Unlike many crops, bamboo is mostly grown as part of diversified, agro-ecological smallholdings. These small bamboo forests can grow well on poorer and degraded soils and thus play a major role in controlling soil erosion.

The quick growth of bamboo also provides abundant organic matter for mulch and can regulate water levels in local watersheds.

Uses and Markets for Bamboo

In tropical regions of the world, bamboo is often one of the most commonly used resources for home construction. Bamboo poles are used in farming, and the edible shoots of bamboo are often an integral part of local cuisine, making it an important part of local revenue streams.

In the North American context, however, what exactly is the market for bamboo?

If you are an innovative homesteader located in the right region with interest in natural building, you might be able to find a market for structural bamboo (such as the Moso or Guadua varieties) within the alternative building community. 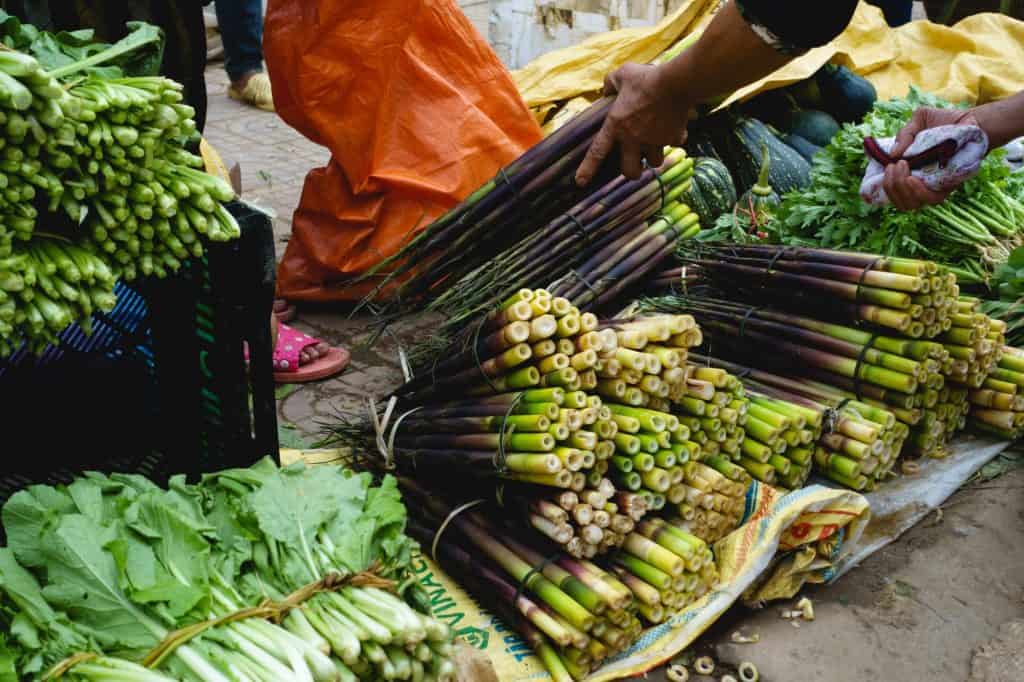 Farming bamboo shoots is also a potential source of income for certain homesteaders. Many Asian cultures, especially the Chinese and Thai people, often eat young bamboo shoots as part of their daily cuisine.

The United States actually imports $2.69 billion dollars in bamboo shoots each year, mostly from China. If there is a sizable Asian community near your homestead, you might find a market for bamboo shoots at Asian supermarkets and Chinese restaurants.

Like asparagus, bamboo sends up new shoots every spring, and some species will produce more abundant and good-tasting shoots.

In the North American context, you would do well to opt for the genus Phyllostachys (including the Moso Bamboo and Sweetshoot Bamboo. Both of these species are relatively cold hardy and have pleasant-tasting shoots that produce abundantly.

If you are a homesteader that has extensive available acreage, you might also consider growing bamboo for more commercial markets and uses. As an extraordinarily strong and stable fiber, bamboo is widely used in composites, textiles, furniture, paper pulp, etc.

As American consumers have begun to demand more sustainable supply lines for the products they purchase, bamboo has been used in everything from clothing, to plywood, to kitchen utensils. In many cases, bamboo fiber can be inserted into existing supply chains.

With an established market and already existent infrastructure, you might be able to find markets in local industries for a decent size bamboo farming venture.

Lastly, another unique use for bamboo that could create a growing market for homesteaders is bio char production.

The widespread adoption of organic farming practices across the U.S. has exploded demand for quality bio char as an organic fertilizer and soil amendment. Studies expect demand for bio char to increase by over 18 percent in the next seven years.

If you live in a region where organic farming practices are growing, marketing bamboo bio char might also be a viable source of homestead income. 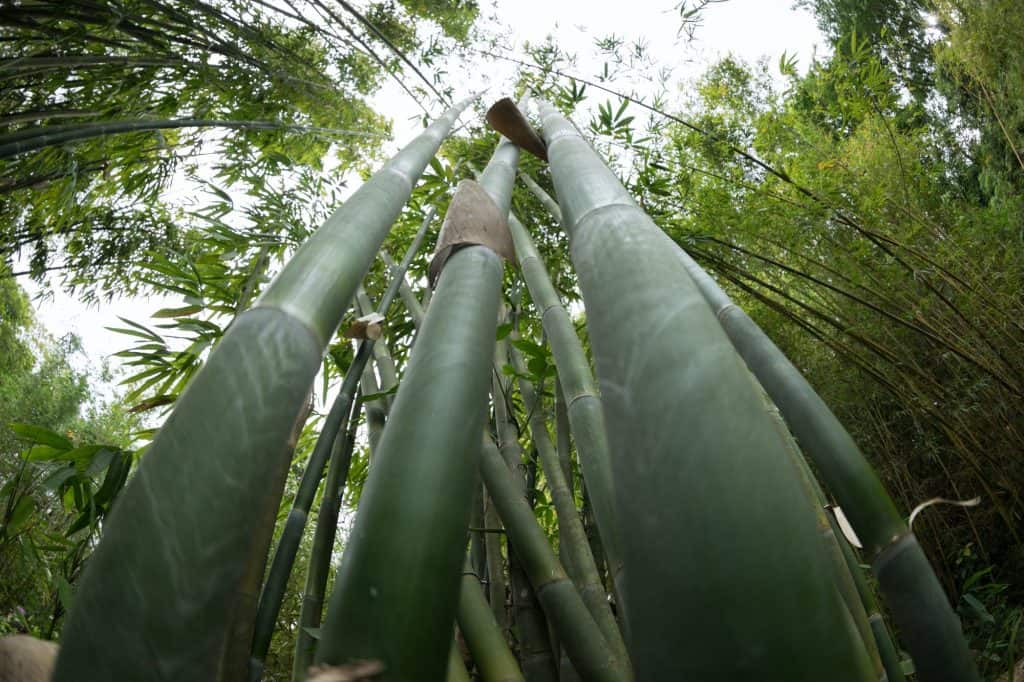 As a perennial grass, growing bamboo is much less complicated than other crops. However, there are a few considerations you will want to keep in mind when you’re farming bamboo.

Bamboo species are generally divided into groups: running bamboo and clumping bamboo. Many running species send out underground rhizome runners, which can be close to impossible to control.

While running species are often classified as invasive, clumping species of bamboo are much easier to control. Depending on where you are growing and your concerns about runners, clumping bamboo species might be the best option for a bamboo farm on a small homestead.

While there are dozens of bamboo varieties that can be successfully grown in North American climates, there are a few types of bamboo that are especially suited if you are a homesteader looking to turn bamboo farming into a sustainable source of income.

Lastly, as a homesteader, you should be prepared to allow for between three and four years for bamboo plantations to become established.

While this is a considerably shorter time period than other harvestable timber species and most orchard crops, it’s important to factor this into your business plan.

Fortunately, bamboo can be creatively designed into a diversified homestead ecosystem. Along with adding to a diversified income stream, bamboo also offers numerous ecological benefits to any farm.

I really want to grow bamboo commercially on my land in Turkey, I am searching the soil, water, sun, winter conditions of growing bamboo, where can I find detailed information?

It's interesting how I was trying to come up with potential income sources for my future homestead last week, and this comes up. I never made any verbal mention of any of those ideas, nor did I research any of those ideas, so it wasn't because google had registered a search or my phone "accidentally heard" me talking about it for google to suggest it. Yet this is one of the very ideas I had been considering! I was considering it for almost every reason you listed, too--sustainability, rapid growth, variety of uses, marketability, shade producer to manage building temperatures (shed pictured--very important in zones 7-8 with hot summers!). Thanks for the encouragement!

Conbamboo be farmed in south Africa?I'm interested in this bamboo

Yes, absolutely! There are many different varieties of bamboo available. Many are frost hardy, many are drought hardy, and they come in all shapes and sizes. Bamboo does best with plenty of water and plenty of fertilizer but many varieties will do fine in most situations once they're established.