Picking ears of corn, whether in one’s garden or at the supermarket, can be more challenging than picking other vegetables or fruits. It’s easy to tell if bananas are ripe because of how they look and feel in one’s hands.

Corn, however, hides behind husks, and it isn’t exactly acceptable to pull away these husks to take a peek at what’s inside before picking.

Corn is a popular garden grain because fresh corn often tastes much more flavorful than store-bought. Home gardeners have to make sure to harvest the corn at the right time, or the corn kernels may end up too hard to cook.

Growing corn in one’s garden is a whole different experience from buying corn from the market. While customers are probably used to seeing corn of just one size in the store, homegrown corn can turn out big or small.

One thing gardeners have to realize is that one should not pick corn solely based on their size.

Here’s how gardeners can tell if their corn is ready for harvest:

1. Based on the Seed’s Estimated Harvest Time

Most varieties of corn can be harvested around 20 days after gardeners noticed their first silk. Corn silk is the fibrous strands found underneath fresh corn husk, helping the plant bear and receive pollen.

The seed package should say how much time should pass since the seed’s planting before the corn can be harvested, but the seed supplier should know if there isn’t any information about it.

2. Based on the Corn’s Silk Color

When it’s time to harvest the corn, the corn silk should be dark brown throughout instead of a light blond.

The husks, however, should still be firm and look dark green.

There should be at least one ear of corn near the top of every stalk, but some stalks may have up to two ears. Ears lower on a stalk may appear smaller than those at the top.

Gardeners can check if an ear of corn has entered the “milk stage” by pulling back a part of the husk, ensuring that the kernels have grown throughout the corn, then puncturing a kernel.

The gardener can perform this step with their thumbnails, and a milk-like liquid should seep out of the seed. The kernels should feel tender, while the “milk” indicates that the corn is ready for harvest.

Clear liquid means that the corn needs a bit more time to grow. If no fluid comes out of the corn, the plant is past the point of harvest.

How to Harvest Corn

The best time to harvest corn is first thing in the morning.

One should hold on to the ear by placing one’s thumb near its top and middle finger near its base.

The ear of corn should then be firmly pulled against the stalk, twisted away, then pulled some more until the ear is completely detached from the stalk. This step is relatively easy to do and doesn’t require much strength.

The corn stalks should be pulled out right after the ears of corn have been harvested. They can be cut into smaller pieces, around a foot in length.

If the gardener has a compost pile, the stalks can be added to the pile instead of thrown away.

While the corn is now ready to be cooked and eaten, gardeners should remember to harvest only enough corn to eat. However, all of the ears of corn should be picked once they have reached the milk stage.

Once it’s separated from the stalk, the plant’s sugars start turning into starches until the corn’s flavor begins to dull like the ears sold in grocery stores.

Gardeners who intend to sell corn at the market or keep them for friends and family should consider several ways to store their harvest.

For one, they can set the corn aside in lukewarm water until it’s time to give them away. The water will ensure that the corn stays fresh in the meantime.

If the corn needs to be stored only for a few days, it can be kept in the refrigerator.

However, if holding for longer than a week, corn should be placed in the freezer.

Picking the Best Ears of Corn at the Market

As corn hides underneath the husk, it’s tempting for customers to peel down a part of the husk to look at the kernels. This activity is frowned upon and not welcome behavior in most markets or grocery stores.

Peeling down the husk and exposing the corn can expedite its dehydration, causing the corn to become starchy and less sweet much faster.

Instead, here’s what customers should do when looking for the perfect ears of corn at the market:

1. If the Kernels Are Exposed, Examine Them

If a part of the husk has already been peeled back, customers should choose corn with kernels that look plump and bright and feel firm.

Corn that has begun to dry out may have dents and feel tough.

Husks with small brown holes indicate worms or other insects, so these should remain outside of one’s shopping basket.

The color of the husk indicates its health as well.

For instance, sweet corn is best when it has a bright green husk that isn’t dehydrated. The husk should be tightly wrapped around the corn.

Avoid husks that are brown, beginning to turn brown, slimy, dry, moldy, or damaged as they may not have been stored correctly.

The silks or tassels at the top of the corn husk should be brown and slightly sticky.

Lightly squeezing the corn near the top of the ear will allow customers to feel if the kernels inside are plump.

If there are spaces or holes between the kernels, that may mean that the corn was not properly pollinated or harvested. It may also be less flavorful.

Enjoy your beautiful corns! Don’t forget to check out True Leaf Market for the best corn seeds around – and share your corn harvesting tips below in the comments! 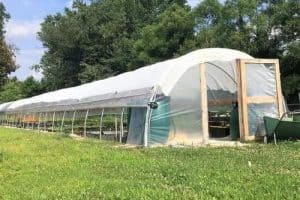 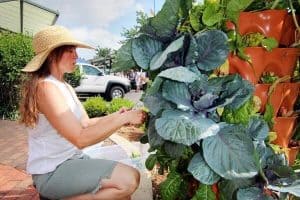 Our expert gardener contributors offer invaluable advice and expertise about everything plant and garden! They're an amazing group of people who love sharing their tips and ideas with you. You'll often find them sharing specific skills and areas of gardening they're passionate about.
Subscribe
Login
0 Comments
Inline Feedback
View all comments
Fave DIY Skincare Course 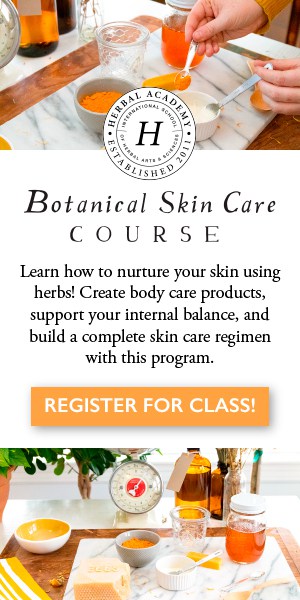