What many people don’t know is that pigs have so many characteristics that are similar to dogs. You may be imagining a 200 lb muddy animal curled up on your lap but that’s not exactly what I mean.

While they won’t get as attached as Fido and you definitely won’t want them in your lap, their mannerisms are similar to those of the canine species. It can be pretty comical if you’ve never been around pigs much.

When my husband and I first got pigs a couple of years ago, we came home with two from a county chicken swap. We weren’t quite sure what to expect even after watching hours upon hours of Youtube videos. Here are a few of the things that surprised us.

One of our pigs’ favorite things is to be pet by someone. Especially behind the ears. When you scratch them behind their ears their grunts of pleasure will make you laugh! It does take them a bit to warm up to you though.

Their tricks may not be as elaborate as a dog’s but they are tricks nonetheless.

My husband got one of our pigs to lay down on command. He would pet this pig on its head, tell it to lay down, and then most of the time it would roll on its side so he could rub her belly.

You would not think a large animal could move like that, but pigs are extremely fast. The pigs that we had our first year were as fast as a dog, I would argue. The main things they ran for were food and to play with each other.

Pigs can actually run up to 11mph so I was a little off about Wilbur outrunning Fido.

They are definitely difficult to catch if they get out, especially as piglets. Take it from me…

When we brought the last round of pigs home, there was a hole in the paneling of our fence, and the first few piglets that we dropped in found it right away. Talk about a pig chase!

Pigs are social animals which means you shouldn’t get only one of them. While you can just get one pup, they bond with you and your family which forms their new pack. Pigs in the wild live in groups of multiple sows and their offspring. Sound familiar?

Wild dogs and wolves also live in groups. From an evolutionary aspect, this is all about survival for both species. The need to be around other pigs is in their DNA. Our pigs love coming to greet us – whether that’s because they think we have food or because they really like us, I’m not sure.

Is there any animal (humans included) that isn’t food driven? I know I am. Pigs are all about their food and know exactly what signals feeding time. Our dog goes crazy when we walk over to the food bag and once the food hits her bowl, it’s like she’s on a pogo stick!

We feed our pigs with an automatic deer feeder and as soon as it starts dispensing food, the pigs hear it and take off running. Like I said before, they also come to us when we walk out to them probably because we feed them all kinds of leftovers. Their favorite is watermelon rinds in the summer.

PIGS PLAYING IN THE MUD!!

Not only do piglets love to play, but the adults do too! Piglets love playing with each other by headbutting, nipping, and running around the pen. Puppies are the exact same way.

Then, once they become adults they don’t like to play quite as much but in the right scenario, they certainly do. When we pulled out the water hose our pigs loved running through the water, digging in the mud, and wrestling around with each other.

Just watch out after they get muddy. They shake the mud and water off like a dog too!

Adult dogs sleep for a majority of the day time. While pigs do much more foraging during the day, they also love to get a good nap in. The little piglets nap much more than the adult pigs do.

Pigs also love sleeping in later in the morning, or at least ours do. They take naps during the day and then go to bed early as it’s getting dark. What a life!

Obviously, that is a preposterous question. I don’t think any animal will ever replace a man’s best friend. I do think that their similarities are quite funny though!

Have you interacted with pigs and dogs before? What are the similarities that you’ve noticed? We would love to know!

In the foothills of North Carolina, Anna lives with her husband, German Shepherd pup, and they currently have pigs and chickens. Her husband is the #1 farmer while Anna helps with marketing and sales. While she loves her home and all the animals, one of her favorite things to do is travel and find new adventures.
Subscribe
Login
0 Comments
Inline Feedback
View all comments 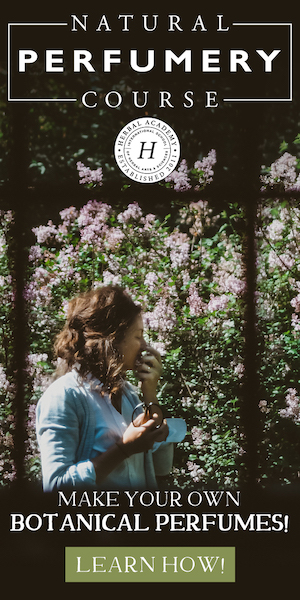