Your everyday person will use the john on the top floor of a many-storied skyscraper without even thinking of where that stuff goes – or how the water to re-fill the pot gets up there.

But, if you really think about it (and let’s be honest, most people don’t want to), plumbing is really a marvelous invention. Here’s a way to safely dispose of human waste.

Before you turn up and wrinkle your nose, the history of sewage isn’t all that disgusting. It’s fascinating what humans have done over the millennia to get rid of things like feces – which, if left lying around, would have caused diseases and infections that the ancients couldn’t have treated.

A Bit of Sewer History

Pipes – an invention that you’ve probably never thought that much about – were one of the first things that ancient humans developed, appearing in Mesopotamia as early as 4000 BCE.

By the time of the Romans, indoor plumbing was a thing. The Romans even constructed an immense system of aqueducts and the like to carry wastewater, and human waste, out of the cities and into the river.

From there, we developed more elaborate systems of water supply and removal, mostly functioning on gravity.

A storage tank at a high point is filled – probably, these days, by pumps. This tank brings water to your faucet because it’s linked to your faucet by a system of pipes.

The tank is stored at a higher level, exerting pressure on the water in your faucet (because water always wants to go down). When your faucet is turned on, the water comes gushing out.

And what about drains?

This is a similar principle, using gravity to bring wastewater down to the sewers, which are often belowground.

From the sewers, the water is processed through a water treatment plant, which uses chemical processes to remove toxins before discharging the now-purified wastewater back into nature.

But What If I’m Not In a City?

The WHO (World Health Organization) has an interesting fact sheet about sanitation – where they predict that upwards of a quarter of humanity (two billion people) do not have access to basic sanitation services.

This statistic is markedly smaller in the USA… but, still, not everyone has access to our modern engineering marvel of a sewer system.

What do you do then?

There are several options to dispose of human waste safely without a centralized sewer system. The most common is the latrine.

Latrines have been around for thousands of years – and are the first type of sanitation system used in ancient times. There have been latrines excavated in every major ancient civilization.

Latrines can be as simple as pits in the ground, to elaborate constructions that you flush by pouring water down them, and drain into a septic tank that can later be carried away from your property.

There are portable latrines that campers can use to avoid contaminating mother nature.

While a toilet system with a septic tank can be safely disposed of, pit latrines still cause problems. The waste collects in a container that keeps it isolated from the ground, groundwater, and anything else it might contaminate.

It generally has a lower bacterial load than feces exposed to the air. However, when someone is emptying a latrine, there can still be a risk to human health.

How About Some Pit Latrine Alternatives?

Let’s say you’re not able to dispose of the waste somehow – like, maybe you live in a very remote area, or you want your entire presence on the land to be self-contained.

Well, human excrement has been re-absorbed into the land for millennia… but people used to also always move, and never stay in one place for long.

If you want a non-nomadic lifestyle, you’ll need to stay away from the dangerous pathogens that can be found in fecal matter.

One way to do this is through a composting toilet. This uses sawdust (or some similar material) poured after each use – rather than flushing.

It creates aerobic conditions for decomposition to take place, eventually transforming your manure – just like your horse’s – into compost for your garden.

(Or just to safely throw out if it weirds you out to grow plants in what used to be your doo-doo!)

Let’s look at the pros and cons:

But what if you have access to power – maybe self-generated – but nowhere to throw out barrels of compost?

What if, once it’s excreted, you don’t want to deal with your own excrement, in any form?

An incinerator toilet runs at a high temperature to burn any human waste, leaving only a small residue of ash.

Any gases generated during the combustion process are expelled by separate, dedicated exhaust vents. This ensures that the residue (ash) is completely germ-free.

There are multiple pros, but also a few cons too:

However, composting toilets fit both of those criteria too. What makes incinerator toilets better?

However, there are a few disadvantages:

The Best Incinerator Toilets and Their Composting Alternatives

And some key composting toilet brands:

Those are just a few of the models available. There are many more. Whatever your needs, there’s an incinerator toilet for you!

Are Incinerator Toilets Worth It?

True, incinerator toilets aren’t the cheapest thing. They don’t work if you don’t have power.

But if you’re a modern homesteader (and if you’re reading this article!) you have to get electricity somehow – and then this invention is the best thing since… well, a septic tank, I suppose.

Incinerator toilets are easy to use, clean, and – if any maintenance is required – the customer support teams get rave reviews from clients. So, when nature calls… BURN! 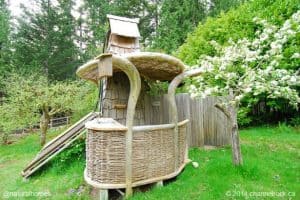 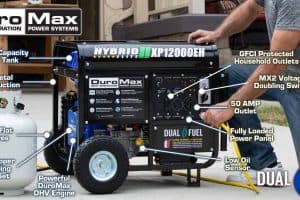 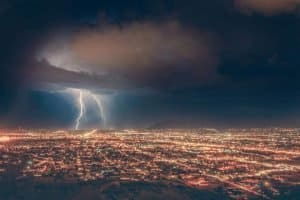 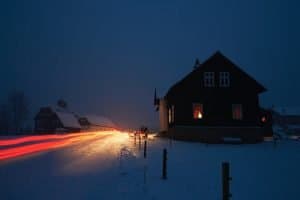 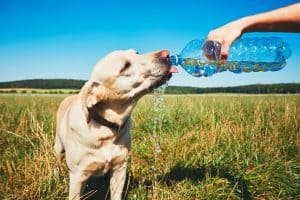 Jane Sofia Struthers (she/her/hers) is a vegan outdoor enthusiast who’s tried a lot of it – from making her own soy milk yogurts to freeganism and even squatting. She hasn’t built a homestead yet, but she’s acquired some cheap land in the USA and it’s in the works!
Subscribe
Login
0 Comments
Inline Feedback
View all comments