What Is a Wether Goat and How Is It Different to a Buck?

The most notable difference is the smell! An uncastrated, breeding male goat has a strong musky odor that most humans find unpleasant. It comes from their scent glands and their urine, which they enjoy spraying all over themselves, especially when your does are in oestrus.

While a wether goat may not exactly smell of roses, he won’t smell of urine either.

Since we’re figuring out “what is a wether goat” – here are some other differences between a wether goat and a buck!

Bucks get hormonal and, as we all know, that can play havoc with their behavior (think teenage boy surrounded by scantily-clad females). Some may become aggressive towards your does, while others may torment their owners with their antisocial behavior.

Wether goats, on the other hand, are usually pretty laidback animals that are “sweet and calm in comparison to bucks”.

Bucks have to be kept separate from does unless they are breeding and, even then, interactions need to be controlled and monitored. While each buck needs its own “man cave” or separate enclosure, a wether goat can remain with your does throughout the year. 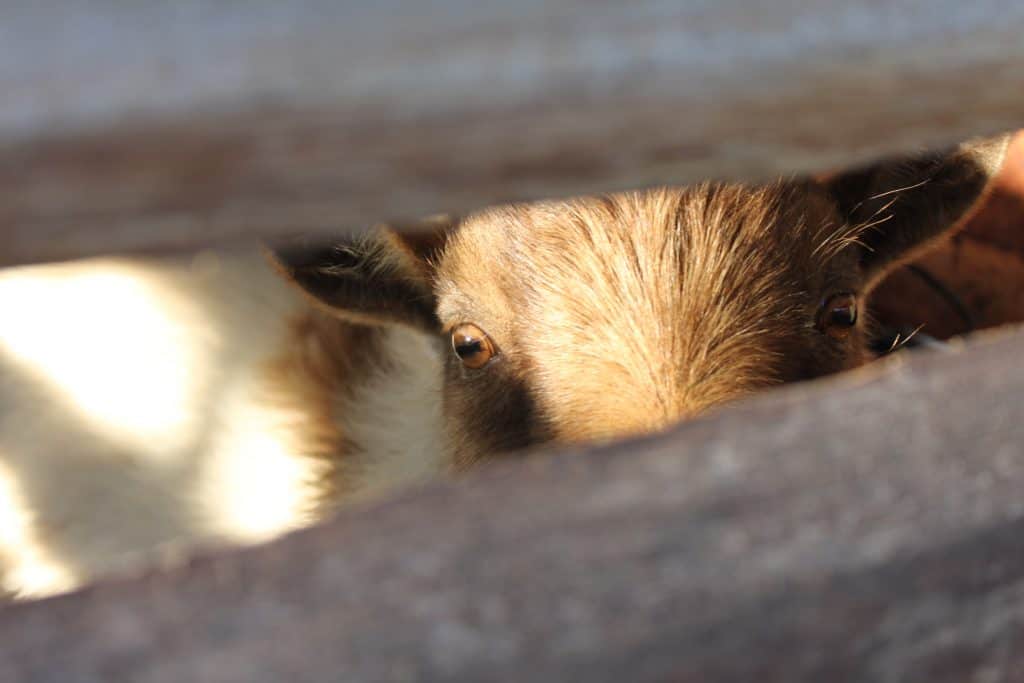 Tonto the buck in his man cave

Avoiding the strains of reproduction works in the wether goat’s favor, and, while does and bucks usually live to between 9 or 12 years of age, a wether goat can live for up to 16 years!

In other words, a wether goat will last twice as long as your average lawnmower!

The Benefits of Owning a Wether Goat

It may seem nonsensical to own a goat that can neither breed, nor produce either milk or meat, but a wethered goat has many surprising benefits, including:

4. Wether Gauge: Is Your Doe Ready for Breeding?

While not capable of breeding, a wether goat doesn’t know this and will mount a female in heat just as enthusiastically as a buck will. If the doe agrees to let him do the deed, it means she’s in “standing heat” so ready to be put your chosen buck.

5. Fun to Be Around – Regardless of the Wether

Speaking from experience, my buck and I have a healthy level of respect for one another while my wether, Cloud, and I can cuddle, play, and even frolic together (although not for long as I’m considerably older than he is). 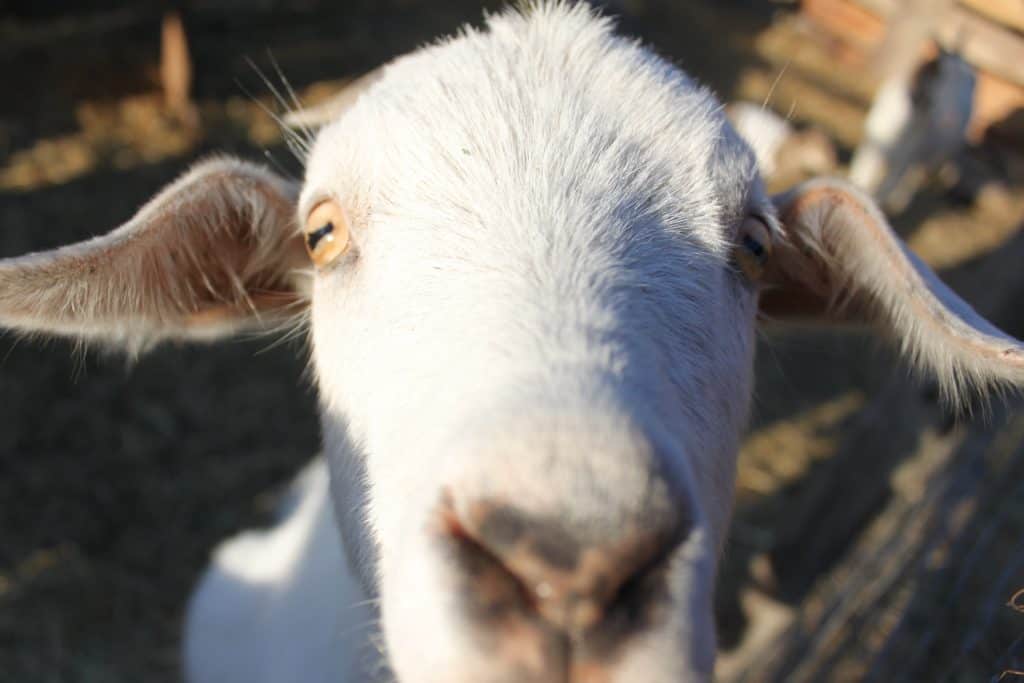 Hanging out with Cloud the wether goat

6. What Is a Wether Goat – Wethers Are Quiet and Low Maintenance

Does and bucks can both be very vocal, especially during breeding time. A wether goat is usually much quieter – he simply doesn’t have so much to shout about.

As they don’t experience fluctuating hormones, wethers’ weights and attitudes are generally consistent all year round, whereas a doe, for example, may need additional feed when pregnant or become temperamental when in heat.

7. Pass the Buck and Save Money on a Wether

While a pedigree purebred Nigerian Dwarf doe or buck will set you back between $500 and $650, you can pick up a wether kid for around $100, making them far more affordable.

Admittedly, you can buy a cheap lawnmower for less than $100, but it probably won’t last 16 years!

8. Get your Training on Track with a Wether

It’s much easier to train a wether goat than a buck, and many homesteaders train their wethers to be the leader of the herd.

He’ll take the does out to the pasture in the morning and then chivvy them all back to their enclosure at the end of the day. Some wethers will even take on the role of herd peacemaker, diffusing arguments, and protecting the little ones.

9. The Perfect Wether for Petting

Want to take your goat to the local farmers’ market or enter it in an American Goat Society show? Take a wether! While a doe may become stressed, negatively affecting her productivity, the wether is the perfect goat to take out and about.

Wether goats are also ideal for petting farms, make great family pets, and are excellent additions to any community outreach programs. There are many 4-H projects involving wether goats, including some that teach participants how to train a goat for the show ring and how to train a wether goat as a pack animal. 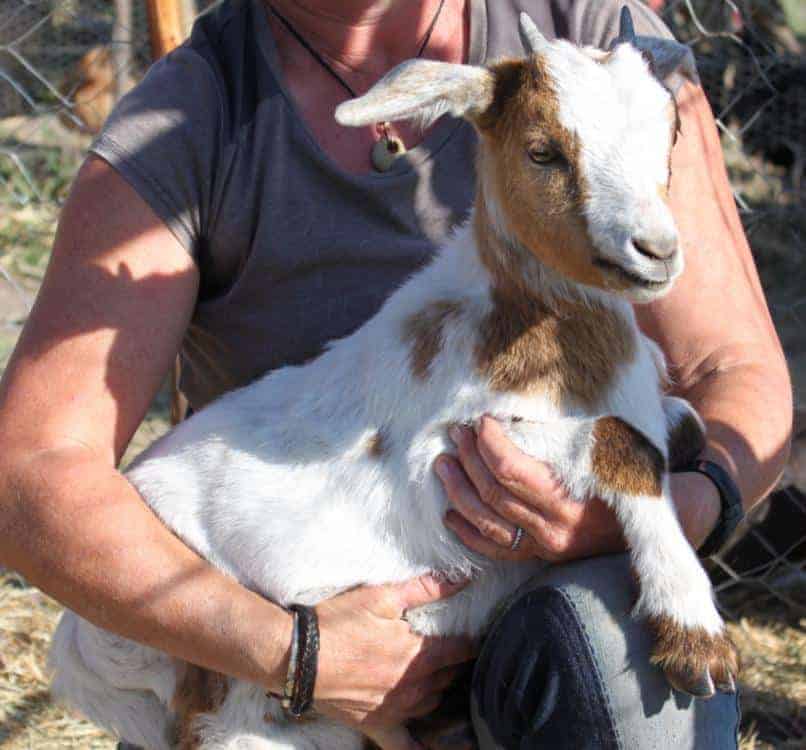 Thanks to their larger size and tougher disposition, wether goats are used as pack animals across the world. Many accompany their human friends on hikes, carrying supplies up to 12 miles a day.

They are surprisingly strong and can carry a pack that weighs up to 25% of its own body weight – for the average Boer goat wether, that’s around 17kg, for an adult Alpine, nearly 20kg!

While pygmy goats and their dwarf cousins aren’t ideal for packing, because of their diminutive size, they are just as good at pulling a cart as any other goat breed.

Again, wethers are most commonly used for these purposes because they are easy to train and more naturally loyal to their human companions than does and bucks. 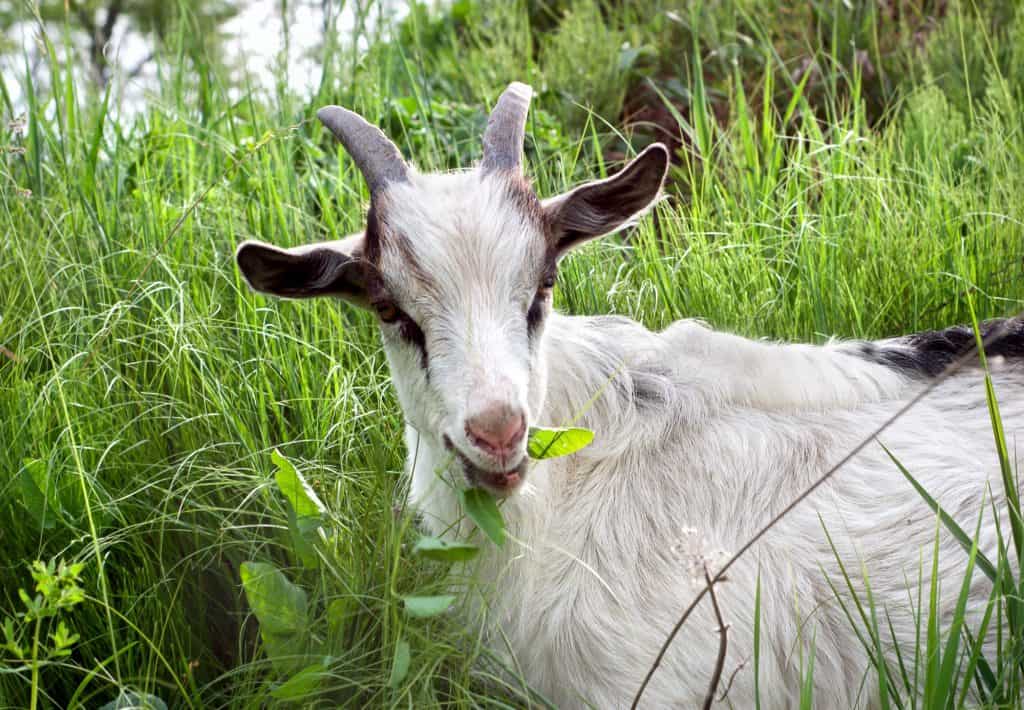 What Is a Wether Goat – Pass the Buck, a Wether is Nobler

A buck is a handful and, in many instances, a stinky disaster just waiting to leap fences and impregnate unsuspecting does (or is that just mine?).

A wether, on the other hand, is a pleasure to have around. Friendly, odor-free, and easy to train, a wether can keep your lawn mowed, your goat breeding schedule on point, and isn’t averse to giving you a good cuddle from time to time either.

Hopefully we’ve answered your “what is a wether goat” question – let us know below!

I have 2 weather's. Wouldn't take nothing for em. Very affection and are automatically trusting and curious (nosy) creatures. However..... once you break that trust, it's gone. They may still accept you, that don't mean they love you. The term "personal space" is foreign to them. And goat chit irritates tf outta me. Both are 13 now. Had since they were 6 mos. I don't know how to send a picture

Hi Sheri! Thanks for stopping by! I have two wethers, although they're sheep, not goats. PB (Polar Bear) and Panther. I also have a few girls and one ram. The boys were all like dogs! Ultra-affectionate, gentle, loving... Then, one day, wild dogs came in and killed PB. Panther got badly hurt. Since then, Rambo the ram hasn't been the same. He's pushy, aggressive, demanding... Your statement regarding trust is so true - and not just for sheep. Rambo went from a happy and peaceful sheep to an angry and scared one. It's been months but there has been no improvement. We're getting him some more girlfriends to hang out with. Fingers crossed he'll be the old Rambo again one day! And yeah, same with sheep - no such thing as personal space!

Excellent and interesting information, and entertaining to read! Thanks

I had no idea what a wethered goat was. I guess it’s similar to having a gelded horse. Thanks so much

Very insightful and well-written article. Thanks you for the information on the differences in goats. :)

Thanks so much Debby!