Do you know what really gets my goat? People who confuse rams with goats.

True, both are kind of white and woolly with four hooves and a couple of horns, but there are some distinguishing features there if you look closely enough.

Is a Ram Strangely Goatee or a Bit Sheepish?

Although a ram may look a lot like a billy or male goat, its woolly coat gives the game away. Rams are male sheep, differentiated from their female companions by, well, their large and distinctive testicles.

They also tend to be bigger, have a heavier build, and have larger horns than female sheep.

They can be aggressive animals and have caused injury, and even death, to unsuspecting humans. While they are classified as sheep, don’t expect any rams you meet to show even the slightest hint of sheepishness in their behavior!

Although the male goat, also known as a buck or billy, is just as capable of delivering a hefty blow with his horns, he will do so by rearing up, whereas the ram will reverse and then use his bulk in a head-on attack.

In a one-on-one, the ram is liable to come out on top.

What Is the Difference Between a Goat and a Sheep? 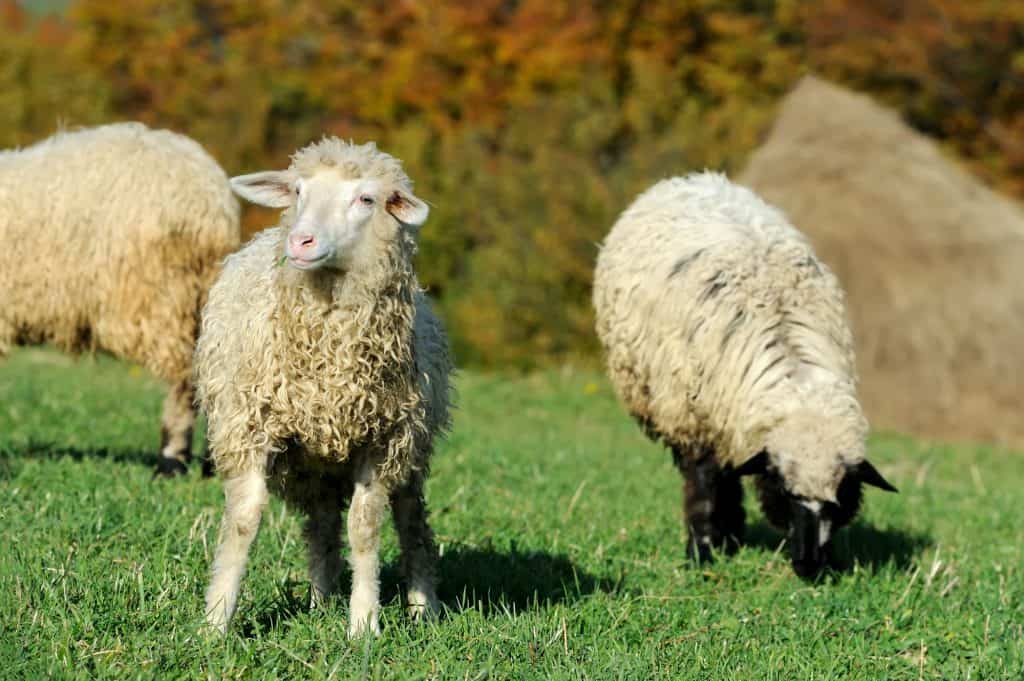 Goats and sheep look a little alike, although goats tend to be more athletic-looking than the cartoon-like sheep and have shorter, less curly coats.

The goat, officially known as the Capra aegagrus hircus, isn’t related to the sheep.

Although both belong to the caprine sub-family – domestic sheep fall into the Ovis genus, along with other species like the Bighorn and Mouflon. Goats are primarily browsers, nibbling leaves off trees and shrubs, whereas sheep are predominantly grazers.

Despite their similar appearance, the two species are genetically very distinct, with the goat boasting 60 chromosomes compared to a sheep’s 54.

While goats are inquisitive and explorative, sheep are more inclined to be timid, sticking to their herd rather than venturing beyond their comfort zone.

This natural tendency makes them easier to keep enclosed, even though mountain goats, or bezoars, were one of the first animal species to be domesticated some 11,000 years ago.

Sheep are born as lambs, whereas goats are kids until they reach maturity, at around one year of age, when they become either bucks or, if female goats, does.

Female sheep, on the other hand, are known as ewes, and male sheep, as we now know, are rams.

Are Sheep Or Goats Better On a Homestead? 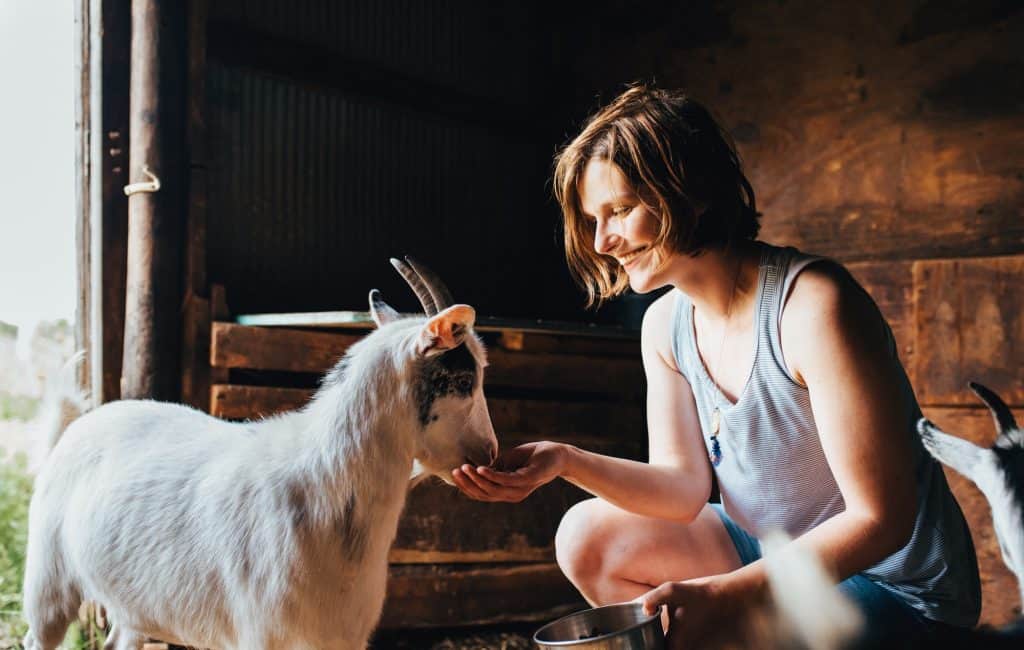 I have a little herd of goats, so I’m a little biased.

Goats are hardy, adventurous, and enterprising. They can eat almost anything, provide both milk and meat, and are relatively easy to train.

Sheep, on the other hand, provide wool and meat, which is handy, and are easier to keep contained thanks to their timid, herd mentality. You can also milk sheep if you feel like fighting with 200lbs of panicking flight animal.

Sheep make great lawnmowers, while goats are notorious for destroying vegetable gardens, although mine show little interest in anything that doesn’t have thorns.

So, which is the best option?

It depends. If you need bush clearing, then goats. If you’ve got abundant grazing, sheep will probably be more profitable.

A Ram Is Not a Goat

I don’t want to ram it down your throat, but a ram is not a goat, ok?

Despite the absence of sheepish behavior, a ram is very much a woolly herd animal, as opposed to a hardy, browsing caprine.

Both species have a valuable role to play on a homestead, but which one you choose will depend on your environment, livestock handling skills, and bravery when faced with big horns attached to 200lb of hysterical wool!

Raising sheep myself, and also being quite familiar with goats, I will comment. First, not all sheep are wooly. And mine aren't all that timid or keen on sticking to the pasture their used to. While the rams primary attack involves backing up to get get a good run before launching their full body mass perfectly lined up behind the blow, they also have a powerful side swipe. It's like being sucker punched by a bowling ball. My ewes also having horns, will attempt gut hooking wayward dogs. The rams also love to rear up for a dropping blow, what ever is needed for the situation is they are quite capable of doing.