Cordyceps sinensis and Cordyceps militaris are fungi and also tremendously popular supplements. They share many benefits, with the big difference between them being cost and availability. This article takes a look at what they offer.

More recently, a related fungus called Cordyceps militaris has gained popularity (due to marketing) as a cheaper alternative. The two have some differences but share many of their benefits.

Let’s look closer at these fungi – including how they’re alike – and how they differ.

Read More – The Lost Book of Herbal Remedies! My Candid Review – Is It Worth the Money?

The Cordyceps sinensis fungus grows wild in Tibetan and Bhutanese meadows. In those locations, it reproduces by infecting ghost moth caterpillars.

The fruiting body contains infectious spores that help to infect other larvae. It usually emerges from under the soil – after the winter.

The fruiting body is also the visible part of the fungus that you might see growing out of the ground. It is the part used by consumers.

(PS: Here’s is the best reference I’ve found for the Cordyceps lifecycle. It seems that the Cordyceps infect the host during the winter or late fall when they are larvae. And then – the infection gets more progressive. It eventually kills the host – and grows a massive fruiting body! Creepy!)

Cordyceps sinensis is not only difficult to find in the wild, but it has so far been impossible to cultivate despite the best efforts from scientists.

Cordyceps sinensis can’t be grown in a lab, but its relative Cordyceps militaris can be. It can be grown on barley instead of on the corpses of a specific kind of caterpillar.

Although it is a different fungus, many believe Cordyceps militaris to have many of the same benefits.

Read More – The 12 Healthiest and Easiest Vegetables to Grow in Your Garden!

Cordycepin is similar to Adenosine. In fact – Cordycepin (scientific name 3′-deoxyadenosine) derives from adenosine. Adenosine is a nucleoside.

However, they also share many of the same benefits.

Attack of The Killer Fungus!

This article published on the DePaul University blog talks about how Cordyceps resemble creepy body snatchers! – Because they attack their unsuspecting hosts. (Caterpillars.)

And then, once successfully infecting their host – Cordyceps grow stems. Yikes!

The good news is that Cordyceps may replicate how insulin acts – thereby regulating blood sugar. There are (potentially) a few other beneficial side effects, too!

We don’t believe the benefits of Cordyceps are 100% proven by hard science.

We also advise all readers to consult a medical professional or a trusted family doctor before trying any new substance!

Nevertheless, Cordyceps has an undeniable reputation as a beneficial supplement – and we also wish to share some of our research below.

(Much of the data is encouraging!) 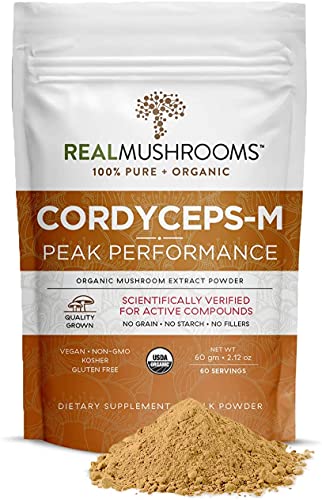 This organic Cordyceps powder contains 100% mushrooms - no fillers. Perfect for mixing into your smoothie, coffee, hot cocoa, or mashed potatoes!

Read More – 5 Delicious Garden Foods That Are Healthier Than You Think!

In a study from the School of Pharmaceutical Sciences from Beijing on aged and castrated rats, Cordyceps seemed to reduce signs of aging and improve brain function and virility.

Cordyceps may help to regulate insulin, which means that it can potentially balance blood sugar. Cordyceps may be helpful for people with diabetes.

Cordyceps may mimic the effects of insulin, which is how it can moderate blood sugar levels.

Here’s what I mean.

One study we found indicated that Cordyceps could potentially alleviate complications arising in people suffering from chronic kidney disease.

Despite the study’s shortcomings, the author seems convinced that Cordyceps can play a positive role in minimizing the complications of chronic kidney disease.

The jury is still out in the case of the potential benefits of Cordyceps on chronic kidney disease (CKD). But – the data is interesting to consider.

Cordyceps sinensis and militaris may also have anti-inflammatory effects.

While I can’t find any reliable studies that prove an anti-inflammatory impact on humans, here are a few mice studies of note.

Here’s a Cordyceps study that documents the alleviated symptoms of mice suffering from airway inflammation and asthma.

The most promising example, perhaps, is of this Cordyceps anti-inflammation study that indicates potential use as an anti-inflammatory supplement.

Read More – Can You Plant Blackberries and Raspberries Together? [Our Complete Guide!]

Are Cordyceps Sinensis and Cordyceps Militaris Safe to Use?

You should always consult with your doctor before you begin any new remedy or supplement.

But, I also want to leave you with some comforting news.

Many of the studies on Cordyceps sinensis and militaris focus on how they affect mice and rats, which may make some people skeptical regarding their efficacy for humans.

However, Cordyceps also has a rich history in traditional Chinese medicine dating back centuries.

Also – while the number of human studies is limited, the little I’ve found show promising results.

For people dealing with chronic fatigue and other effects of aging, adding Cordyceps to their stack of supplements may help in a variety of ways.

When in doubt, ask a trusted doctor.

Ask if they’ve researched the potential benefits of Cordyceps sinensis and Cordyceps militaris and if they can play a role in your life.

We wish you the best – and thank you for reading!

Please have a great day! 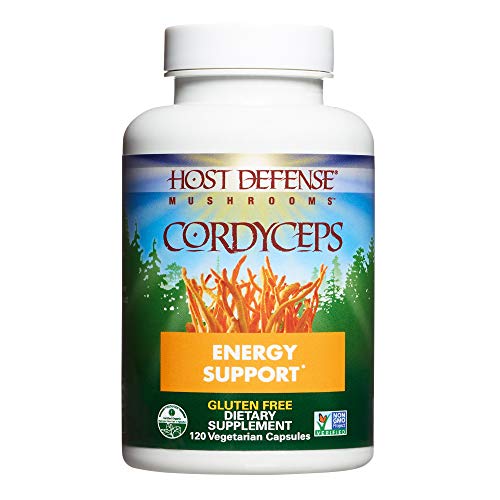 These farm-grown mushrooms are an excellent source of mycelium and Cordyceps! The capsules are USDA organic - and 100% vegan.

Read More – Stocking Your Pantry on a Budget – The Perfect Homestead Pantry!